Home » QUESTION OF THE WEEK: What Are The Basics Parts Of A Ship

QUESTION OF THE WEEK: What Are The Basics Parts Of A Ship 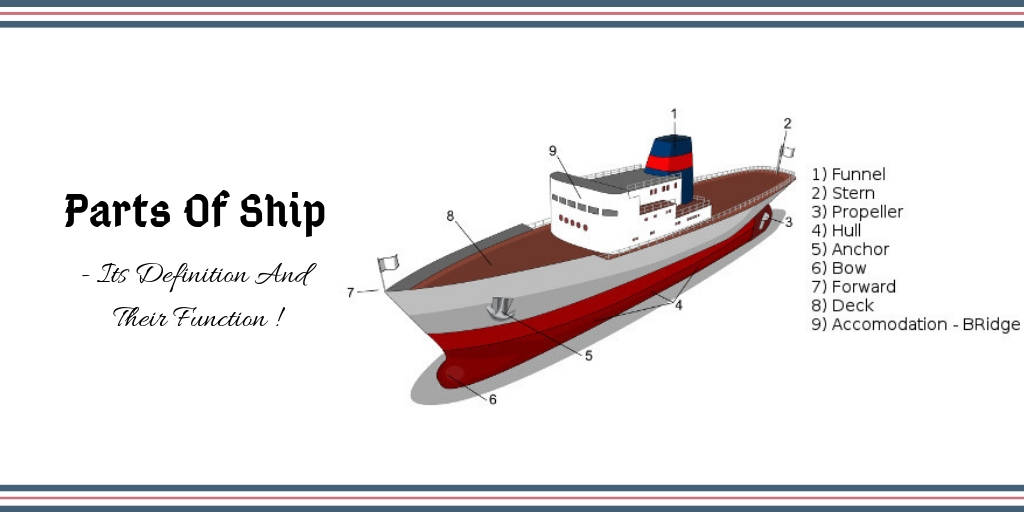 What is the most important part of the ship?

Helm: The helm is one of the most important parts of a boat. This is how a person is able to steer the boat or yacht when moving along in the water. In most cases, the helm is a wheel that is used to control the direction of the boat. Hull: The actual body or shell of a boat is called the hull.

What do you call a person who sails a ship?

What do we call a person who sails a boat? A “sailor”. If he is in charge of a crew who sail the sailing boat or ship, he is called a “Skipper”.

Why is it called a bridge on a ship?

The bridge is always occupied by an officer on watch when the ship is in service. It was originally called a ‘bridge’ because the early paddle steamers were controlled from a structure built between the paddle boxes to provide good visibility – as it looked like a bridge, the name stuck!

Where is the helm on a ship?

It is whatever the vessel is steered with – usually a wheel or tiller; there are some other devices in historical ships (whipstaff, steering oar) and on river towboats. “Taking the helm” means taking over the steering.

Where is the hold on a ship?

Holds in older ships were below the orlop deck, the lower part of the interior of a ship’s hull, especially when considered as storage space, as for cargo. In later merchant vessels it extended up through the decks to the underside of the weather deck.

What is the lowest part of a ship called?

The lowest exterior part of a vessel is usually the keel.

What are the major parts of a ship?

Why do ships not tip over?

The combined effect of a ship’s buoyancy, low center of gravity, and ballast keep the ship from tipping over. Due to the principle of buoyancy, even a large mass, like a cruise ship, will stay afloat due to the principle of buoyancy – the mass is equal to the upward pressure of the water. It also keeps a low center of gravity by keeping all of its heaviest equipment below deck.

What is a boom on a ship?

In sailing, a boom is a spar (pole), along the foot of a fore and aft rigged sail, that greatly improves control of the angle and shape of the sail. The primary action of the boom is to keep the foot flatter when the sail angle is away from the centerline of the boat.

How do ships stay upright?

Cruise ships can weigh upwards of 71,500 tons (65,000 tonnes). They displace the equivalent amount of water when they press down on the ocean, which meanwhile pushes up and keeps the ship afloat, or buoyant. To keep from sinking, the cruise ship has to displace its weight in water before it’s submerged.

What is the captain’s room on a ship called?

Sailors sleep in berthing compartments in a ship. A small compartment housing officers is called a stateroom. The compartment where the Captain lies is called the cabin. It is the only cabin in a naval vessel.

Tags: Parts Of A Ship