Rail transportation generated N1.18 billion in the second quarter of 2021as against N926.72 million it generated in the first quarter, indicating a N261.62 million increase. 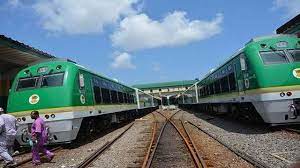 The National Bureau of Statistics (NBS) said this on Tuesday in its “Rail Transportation Data for Quarter Two, 2021’’ published on its website.

It said that revenue generated from passengers in the second quarter was N1.08 billion as against N892.46 million in the first quarter.

Revenue generated from carriage of goods and cargo was N71.55 million as against N26.19 million in the first quarter, it added.

According to the NBS, miscellaneous income in the second quarter was N32.94 million as against N8.06 million in the first quarter.

In its breakdown of passenger traffic, the report stated that 565,385 passengers travelled by the rail in the second quarter as against 108,238 passengers in the corresponding period in 2020.

The NBS said the data were provided by the Nigerian Railway Corporation and validated by the statistics agency.