The House of Representatives said it held a closed door meeting with the Nigerian Civil Aviation Authority (NCAA) over the new safety threshold handling rates for indigenous and international carriers. 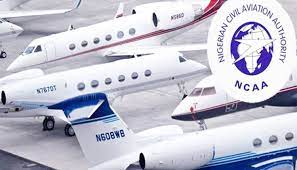 The Chairman, House Committee on Aviation, Mr Nnolim Nnaji, made the disclosure in a statement issued in Lagos on Wednesday.

The AON and AOC had earlier petitioned the committee for its intervention over the new rate. However, Nuhu was said to be out of the country to attend in person.

The committee had last week Wednesday, adjourned meeting for today on the new safety threshold handling rates for ground handling companies in the country.

The committee on Aviation had advised that the new aircraft ground handling rate of $3900 be temporarily be put on hold till after the next meeting with the stakeholders.

According to him, others are the International Air Transport Association (IATA), Federal Airports Authority of Nigeria (FAAN) and NCAA.

The lawmaker noted that said the meeting with the regulatory agency was necessary because of the importance of the new rates.

Nnaji assured that the committee would continue to protect the interest of the country and business entities operating in the country.

He said: ”The meeting with the Director-General of NCAA is important because we believe his inputs is necessary for us to take a decision.

“The issue at hand is very important for the growth of the Nigerian civil aviation industry. Whatever we are going to come out with as a committee will be for the good of the industry.”

Nnaji, however, said that no new date had been fixed for continuation of hearing on the matter, assuring that the committee would reconvene soon.