Dr. Obinna Uzor, the candidate of Social Democratic Party (SPD) in the Anambra governorship election, on Tuesday said he will optimise the maritime potentials of the state if elected. 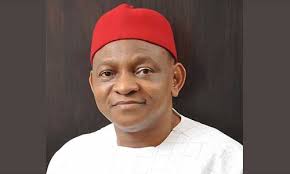 The SDP standard bearer disclosed this during a town hall meeting in Awka on Tuesday.

Uzor said he will develop the Ose-Akwa harbour in Ihiala Local Government Area, which according to him, is the deepest natural harbour close to the Atlantic Ocean.

The industrialist said the Habour which was about 20 meters deep and 18 nautical miles would facilitate the direct movement of goods and services from overseas to Anambra and generate over two million direct and indirect jobs in Nigeria.

According to him, “I will unlock Ose-Akwa Seaport, the only natural Harbour in the country that is connected to the Atlantic ocean.

“I will collaborate with the Federal Government and investors to ensure that we have Ose-Akwa deep Harbour which will create over two million jobs for our people in Nigeria.

“So, goods coming from China and other parts of the world will come straight to Ose-Akwa and will not stop anywhere to be transported in barges.

“There is no other natural Harbour in Nigeria that is like that, big vessels can move in from China to Ose-Akwa in Ihiala and that is what I want to achieve,” he said.

Uzor described himself as the most experienced candidate in the race with the magic wand to address the socio-economic challenges of Anambra.

He urged Anambra people to ignore the antics of those calling for sit-at-home as this is the handiwork of those who either are enemies of democracy or those with no genuine plan for the people.