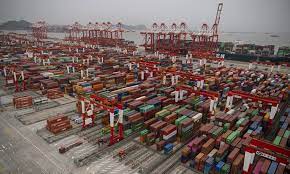 The plan set a series of goals for the construction of the international shipping center from different aspects including the hub’s service, logistics collection and distribution, shipping service, cruise economy and environmental optimization and cooperation and exchange.

In terms of logistics collection and distribution, the city vows to enhance its service level of multimodal transport with the proportion of water-to-water transfer of TEUs reaching no lower than 52 percent and the number of marine-to-rail transfers reaching at least 650,000 TEUs. Besides, it will take only 40 minutes for the cargos departing from Shanghai Pudong International Airport to arrive in the city’s downtown.

By 2025, the Asia-Pacific cruise enterprise headquarters base will basically take shape in Shanghai to form an environmental friendly, smart and efficient cruise industry chain.

According to the Xinhua-Baltic International Shipping Centre Index (2020), Shanghai’s international influence has been increasing steadily as the city was ranked the world’s third in the international shipping center ranking.