Royal Dutch Shell Plc’s oil-drilling unit in Nigeria has urged the government to pass long-delayed legislation to reform the country’s petroleum industry, which the Senate plans to take up this month. 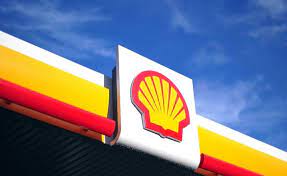 “For every month and every week that we delay, investment fund is moving somewhere else,” Bayo Ojulari, managing director at Shell Nigeria Exploration and Production Co., said at an oil conference in Abuja. “We’ve got the commitment that it will come up in June. We’ve heard that before and we are waiting to see.”

The legislation — first presented in Nigeria’s parliament in 2008 — would streamline how energy assets in Africa’s largest oil producer are operated and funded. It would also regulate the oil industry and attract more investment to the sector, according to lawmakers. Senate President Ahmad Lawan said on Monday that he expects the bill to be passed this month.

The measure, known as the Petroleum Industry Bill or PIB, has been held up by political wrangling and objections from international oil companies that say the government is demanding an excessive increase in revenues. The current version of the legislation includes input from all stakeholders.

“It’s important to pass the PIB, but all of us collectively need to think about how we implement to ensure that the energy transition does not make the PIB obsolete the day it’s passed,” Ojulari said.