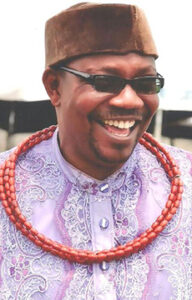 The President of NIS, Capt. Tony Onoharigho, made the appeal in an interview on Friday in Lagos.

President Muhammadu Buhari last Thursday approved the appointment of Emmanuel-Lyambee Jime as the Executive Secretary of the NSC.

The NIS president expressed the hope that Jime, who holds a bachelor’s degree in law, would bring his wealth of experience to bear on his new position.

He noted that Jime had distinguished himself in several public offices.

Jime is a former Managing Director at the Nigeria Export Processing Zone Authority a and two-term member of House of Representatives.

He represented Makurdi/Guma Federal Constituency from 2007 to 2015.

Onoharigho said that starting from where Bello stopped would ensure that legacies, which Bello instituted for the industry’s growth, would make greater impacts.

“It is unfortunate that most Nigerians, when they take over in an office, do not continue from where their predecessors stopped.

“They start to push out their own policies, and this makes things to be backward.

“If someone has a laudable idea, it should be followed up and finished with, and there will be continuity and progress.

“Issues such as making the inland dry port functional, which Bello started, should be looked into.

“Jime should ensure smooth delivery of cargo from the ports and lend his voice to develop other transport infrastructure in the industry,” he advised.

The NIS president said that Bello did a great job as Executive Secretary of NSC.

“He is a man of the people, very accommodating; he had a lot of concern for all of us in the industry.

“I pray that Jime should follow the footsteps of Bello; let him continue from where he stopped,” Onoharigho said.

He urged the new executive secretary to ensure that tariff and charges by service providers in the maritime industry would be accommodated by the economy.

“This is an industry that we have built over the years and it is still growing; so, he should make things work for everyone,” the NIS president said.

Jime’s appointment is for a renewable four-year tenure.