SIFAX Group, a conglomerate, has said that it spent over N250 million on Corporate Social Responsibility (CSR) programmes across Nigeria in 2021. 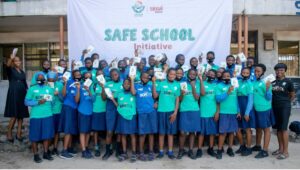 The group is involved in investments in the maritime, aviation, logistics, oil and gas, financial services and hospitality.

According to Afolabi, the company’s CSR was focused primarily on education, health, economic empowerment (youth and women) and the physically-challenged. 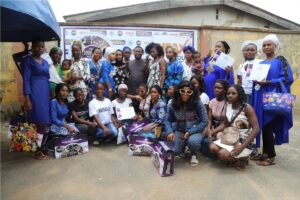 “Youth and women economic empowerment also took a large chunk of the budget, with skill acquisition trainings organised for unemployed youths and women across the country.

“Business grants were also extended to those who completed the training programmes. Some targeted and disadvantaged households were also catered for as food items were donated to them on a monthly basis.

“Various initiatives targeted at the physically-challenged children living with conditions like autism, down syndrome and the blind were also supported by the company in the course of the year,” he said.

He noted that most of the projects were executed through its philanthropic arm, the Ajoke Ayisat Afolabi Foundation (AAAF), which had offices in Lagos, Zaria and Umuahia.

Afolabi pointed out that one of the key pillars of the company’s business philosophy was to positively impact humanity and the society in any economy where the company had operations.

According to him, right from the inception of the company in 1988, social impact had been integrated into its business strategy.

“Our businesses are not designed for profit making alone. We see ourselves as a platform that support social causes, provide access to opportunities, engender social stability and economic prosperity.

“We are motivated to do more when we see the physical impact of these CSR projects on the beneficiaries who today run into thousands,” he said.

Foluke Ademokun, Executive Coordinator, AAAF, on her part, noted that the beneficiaries of the various programmes were making judicious use of the opportunities.

She added that the foundation sought to partner with more sponsors, both domestic and international, as well as other stakeholders in order to touch more lives.