More than six billion doses of COVID-19 vaccines have been given around the world, according to an AFP tally released last week. 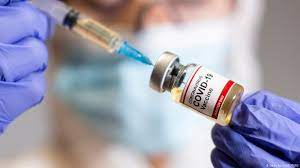 The AFP tally is based on official sources.

The vaccination drive has reached a steady rhythm taking 29 days to clock up the sixth billion, almost the same speed as the fourth and fifth billion at 30 and 26 days respectively.

In contrast, it took around 140 days to administer the first billion doses.

Nearly 40 percent (2.18 billion) of the six billion shots have been administered in China. India (826.5 million) and the United States (386.8 million) complete the trio of countries that have given the most jabs.

Among countries with a population of over one million, the United Arab Emirates (UAE) leads the way with 198 doses per 100 habitants, with more than 81 percent of its population fully vaccinated.

Some of these countries, including Israel, the UAE and Uruguay, have started to give booster jabs with the aim of extending immunity among the fully vaccinated.

While countries in Western Europe, North America and some of the Middle East which have the most advanced drives are starting to slow down, others in Asia, Latin America and Oceania have picked up the baton and are now racing ahead.

While most poorer countries have now started vaccination drives, mainly thanks to the Covax scheme, coverage remains very patchy, although injections have picked up in recent weeks after donations by richer countries.

Three countries have not yet started vaccinating at all — Burundi, Eritrea and North Korea.