Stakeholders in the maritime industry have strategized practical steps in actualisating effective digitalisation in the Nigerian port systems. This is even as they called for the collaboration and support of all active players in the industry to eradicate perennial bottlenecks and ensure optimal efficiency in the entire port system and procedures. 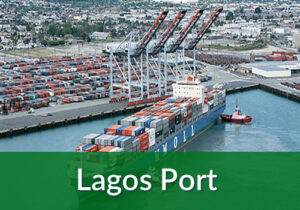 While presenting a paper in a Town Hall meeting organised by the League of Maritime Editors and Publishers (LOMEP) which was themed, Princess Vicky Haastrup, Chairman, Seaport Terminal Operators Association of Nigeria (STOAN) stated that automation through technology helps the terminals work better, faster and smarter by providing smart solutions for the services they render through delivering operational efficiency, improve operational processes, and promote a safer working environment and culture.

In her words: “Cargo handling operation is a sub-set of port operation. The focus should therefore be on port automation, which is the use of integrated technology to develop intelligent solutions for efficient control of traffic and trade flows at the port with the aim of increasing port capacity and port efficiency” she said.

Princess Haastrup however noted that the major problems faced by importers and port users are Customs “archaic” processes, manual examination of cargoes, assessment of import duties, port costs amongst others which has in turn impeded the ease of doing business in the port system. She therefore called for the removal of all human interface and the discretionary powers of officers.

“Customs processes must be simplified and automated to complement the gains recorded through the Federal Government’s port reforms. The time is ripe to deploy the much talked about National Single Windows and e-Customs to check manual Customs processes and the multiplicity of Customs units deployed all around the ports, the port gates and even on the roads to intercept cargoes already cleared from the port.

“Government must now work with operators to turn our ports to smart ports by deploying a Customs-driven, port-wide, cloud-based software that will create new operational flows, which will eliminate human contacts, expunge all forms of manual processes from the system and help the port function better” Haastrup advised.

In his opening speech, Chairman, Nigerian Ports Consultative Council, Otunba Kunle Folarin noted that Nigeria is lagging behind compared to other developed countries in the digital automation of all aspects of maritime operations in the port, policy making and other spheres. He however charged all actors in the industry to drive the optimization process into reality.

“The tools to be used in achieving these objectives include policies, interventions and suggestions from stakeholders in the industry. All stakeholders are the actors responsible for driving these optimization process into reality. We must also set timeline when we expect these issues to be achieved.

Speaking earlier, the President, League of Maritime Editors and Publishers, Mr Kingsley Anaroke in his welcome address said digitalization and new developments in the field of artificial intelligence, blockchain and automation are becoming increasingly relevant for maritime transportation. According to him, they help to streamline existing processes, create opportunities, and transtorm supply chains end trade geography.

“The questions begging for answers then, are: How far has the terminal operators gone with this process? What is the preparedness of the agencies to deliver a real-time Smart ports? How much are voted for the digitalization process and what are the timelines? How serious is the media and stakeholders in holding the operators accountable to deliver this process?

While responding to the highlighted bottle necks and challenges faced by importers and terminal, a representative of the Nigerian Customs Service (NCS) Apapa Command, Assistant Comptroller Amahia Richards stated that the service has deployed several automation processes at the port. He stressed that officers of the service are currently being trained on how to effectively utilise the scanners and assured that the scanners will be fully operational very soon.

“The Nigeria Customs Service under the supervision of the CGC and the instruction from the Agencies have obtained latest scanners like the ones used in developed countries. These scanners have been mounted in all the Seaports all over the country. Trainings on how to handle the scanners are ongoing and in no time they will be fully operational” Amahia said.