How do the goods of the world travel from one place to another? Despite technological advancements and the propagation of a globalized economy, a surprising 90% of everything still comes and goes on a ship by sea. 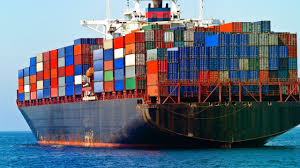 The shipping industry may be one of the oldest in the world, but the global economy would not exist without shipping containers. This underscores the notion that it is still one of the most important industries there is.

Here are nine surprising facts about the worldwide shipping industry.

The shipping industry is simply massive. Though reporting standards and fluctuating currency values make it impossible to hone in on exact numbers, the International Chamber of Shipping estimates that marine shippers transported over 7.7 billion tons of cargo in 2008, generating roughly $380 billion in freight charges alone.

Roughly two-thirds of ship crews around the world do not have any means of communication while on the open sea. Moreover, only 10% have any kind of internet access.

In fact, it’s still one of the most affordable ways to transport cargo.

· There are Six Types of World Merchant Fleet Ships

Most countries across the world possess and operate merchant ships. At present, the Greek merchant fleet is the largest in the world, and accounts for over 16% of the world’s total tonnage.

The six types of merchant fleet ships are:

· Large Container Ships have a Lot of Power

A large container ship engine has roughly 1,000 times more power than the average family car. However, big container ships only travel at 23 knots (or 26.5 miles per hour) at peak, and just 17 knots in heavy weather conditions.

Read Also:  QUESTION OF THE WEEK: What are shipping terms?

· The 3 Biggest Fleets in the World are Owned by Greece, Japan and Germany

The largest shipping company in the world is Denmark’s A.P. Moller-Maersk, which reported a $936 million profit just in the fourth quarter of 2013.

· World Fleets Are Manned by Over 1.5 Million Seafarers

Crews are made up of virtually every nationality. The typical ship-worker, however, is a male Filipino. In fact, Filipinos make up one-third of all crews (nearly a quarter of a million at sea), with men making up for 98% of the total workforce.