Since 1995, when the then-Minister of Transport; Major General Ibrahim Dahiru Gumel (now deceased) supervised the liquidation of the nation’s national carrier; the Nigerian National Shipping Line (NNSL), Nigeria has been plummeted from a nation of almost 29 publicly–owned ships, to a nation that can no longer boast of owning a ship on international waters. 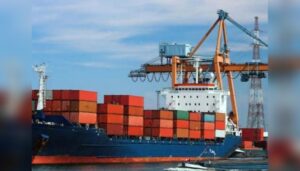 We recall that, in 2011, and after a long period of silence, the then-minister of transport; Alhaji Ibrahim Bio gave a hint that the Federal Government had given approval to the Nigerian Maritime Administration and Safely Agency (NIMASA) to float a new national carrier; albeit, in partnership with the private sector.

In 2014, the then-Director General of the Nigerian Maritime Administration and Safety Agency (NIMASA); Mr. Patrick Akpobolokemi openly declared that the national carrier would be re-floated in six months. That was in May of that year.

The NIMASA boss had even gone ahead to disclose that government would achieve this by evolving a Public Private Partnership (PPP) initiative in order to avoid the pitfalls that led to the liquidation of the Nigerian National Shipping Line (NNSL).

He had told participants at the function that, the then-President; Goodluck Jonathan had tasked NIMASA to ensure that the national carrier is brought back during his regime.

They both left office without achieving the objective of refloating the national carrier.

A few years ago also, the Indigenous Shipowners Association of Nigeria (as it was then called) toyed with the idea of floating what they called ‘a mega shipping company’. This remained only an idea that died shortly after.

We are often told that Nigeria has more than 1000 ships in her registry, but we dare ask: how many of them are actually owned by Nigerians and what is the deadweight of each of the ships? From findings, majority of what Nigeria currently has on her registry are coastal vessels and supply boats.

For those who have also asked questions about the current status of Nigeria as a maritime nation, the answer should start from the foray which Nigeria made into shipping and ship ownership with the birth and the subsequent death of NNSL, the creation of an interventionist policy called ‘Ship Acquisition and Ship Building Fund’ (SASBF) and the abuses which the scheme was subjected to, and its subsequent scrapping. The SASBF created ship owners, who either had no ships or failed to repay the loans that were given them. Only one or two beneficiaries (out of about 15) repaid the loans

The birth of a successor company to NNSL; in the name of Nigerian Unity Line (NUL) and its death will offer a good thesis on how and why government businesses fail in Nigeria. While the defunct NNSL (at a time) had a fleet that is in excess of 25 bulk carriers, beneficiaries of the SASBF could only account for only one or two vessels that could not stand the test of time. None of the fewa ships that were bought with the SASBF sailed for up to three years.

And since the failure of both the NNSL and the SASBF, the challenge has been – how does Nigeria get back on track as a ship-owning nation. While some may argue that government’s direct participation in shipping through tonnage ownership is no longer in vogue, especially as most African nations have done away with the idea, it is also arguable that government can not completely divest from this core sector of the nation’s economy.

We note that there have been feeble attempts on the path of NIMASA to galvanize the finance sector, especially the banks to embrace ship financing. Very few banks have shown interest in funding ship acquisition, majority of the banks prefer to fund acquisition of service boats in the oil and gas sector. Acquisition of container ships and bulk carriers is understandably out of it. Not until the Cabotage law came into the centre stage, there was little or no interest on the part of the financial institutions to be a part of efforts that were aimed at boosting indigenous fleet. We recall that when government threw its weight behind fleet expansion through the SASBF, there was no Cabotage.

Although, it is many years since the Cabotage Act came into effect, it has not enhanced ship acquisition, neither has it enhanced the fortunes of indigenous ship owners. We had thought that since one of the core functions of NIMASA is improvement of Nigeria’s participation in sea borne trade, it should have begun to fashion out a workable and sustainable way to boost our indigenous fleet, even if it is centred on acquisition of Cabotage vessels.

But the lot has fallen on the shoulders of the Implementation Committee for the new national fleet; an all-encompassing body made up of stakeholders from both private and public sectors. It was headed by the then-Executive Secretary of the Nigerian Shippers Council; Mr Hassan Bello.

Right from the start of the committee’s assignment, Hassan Bello had explained that, what the committee is working on is not in the mode of government-owned Nigerian National Shipping Line or its successor; the Nigeria Unity Line.

“It is a private sector-driven business venture; it is going to be driven purely as a business enterprise with equities and structure totally spelt out. You can now see that it can not be a national carrier in the mode of the NNSL, it’s a totally different arrangement”, he was quoted as saying.

To give vent to the desire for a private sector-driven national fleet, Nigeria sought the partnership of Singapore, and a leading shipping line; Pacific International Lines (PIL) came on board. A Memorandum of Understanding (MOU) was signed by Nigeria’s Minister of Transportation; Mr Rotimi Amaechi and the Managing Director of Pacific International Lines; Mr Teo Siong Seng.

Read Also:  How can Nigeria achieve the dream of a national fleet?

The equity is supposed to be in the ratio of 60:40, for Nigeria and PIL respectively, with Nigerian businessmen providing the finance, while PIL provides the ships.

The MOU which covers establishment of Nigerian national fleet for dry cargoes, crude oil carriers and offshore supply vessels was signed in August 2016. Sadly, about six years down the line, the dream appears dead.

So, what went wrong and why is it that the MOU could not be actualized since 2016, only for the Minister of Transportation to blame it on the inability of supposed Nigerian financiers to meet the equity requirements.

Is it true that Mr Amaechi and Mr Teo Siong Seng of PIL signed an agreement that was bound to fail from day one?

If indeed, the MOU is to “establish a private sector driven Nigerian National Fleet to fly Nigerian flags Container/Dry Cargo Vessels, Crude Oil Tankers and offshore Supply Vessels (OSVs) to operate in the International, African and Nigerian Cabotage Waters, are these conditions difficult to meet?

The maritime may need to drum it in the ears of the in-coming government. The ruling APC promised to resuscitate the nation’s national fleet, it failed. Now that campaigns have started once again, it is the right time to secure the promise of a national carrier from the political parties as they come asking for votes.

Whichever way, the industry still needs the government to facilitate the dream of a national carrier.