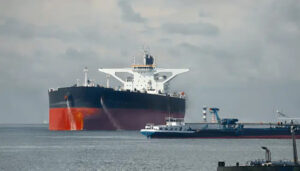 Scorpio Tankers Incorporated is a leading company providing transportation and distribution of petroleum products such as gasoline, heating oil and fuel oil to its national and international clients. It is the third biggest tanker operating company in the world with a revenue of 958.1 million dollars, a market capital of 700.64 million dollars and assets amounting to 5.16 billion dollars. Scorpio Tankers is based in Monaco with major executive offices in New York.

The company was founded in 2009 by Emanuele A.Lauro, the 24-year-old grandson of the Italian businessman Glauco Lolli-Ghetti who laid the foundation of Scorpio Ship Management in New York in 1976.

A publicly-listed enterprise, it actively trades on the New York trade exchange under the STNG ticker. In 2017, Scorpio tankers signed a merger agreement with Navig 8 product tankers and acquired the latter’s 27 newly-built LR tankers. As a result, it emerged as the biggest product tanker company on the US Securities Exchange.

The company owns and operates 130 crude oil tankers and 10 chartered ships. Recently, 4 newly-constructed tankers with a low carbon footprint were added to the fleet.

Read Also:  Marine License Insurance: Do You Need It?

Frontline Limited is a leader in the maritime transportation of crude oil and refined goods. It is the fourth biggest oil tanker shipping enterprise in the world, headquartered in Hamilton, Bermuda and supervised by John Fredriksen. It has a revenue of 957.3 million dollars and market capital and assets worth $ 1.22 billion and 3.134 billion dollars respectively.

Known for one of the most modern and youngest fleets in the shipping industry, Frontline has also been actively engaged in the production and research of innovative, energy-efficient maritime technologies to uphold its motto of environmental protection and also to earn maximum profits.

Established in 1985, under the leadership of Fredriksen, it took over many companies such as ICB in 1999 and the Golden Ocean in 2000. These strategic takeovers transformed it into a major oil tanker company and it is listed on both the Oslo and the New York stock exchanges under the FRO ticker.

Presently, Frontline owns and operates around 19 Very Large Crude Carriers, 29 Suezmax tankers, and 20 Aframax/ LR2 tankers. All of these vessels are sailing under the flagship of either Hong Kong, Libya or Michigan. It has offices in London, Glasgow, Oslo and Singapore while the main office is in Bermuda.