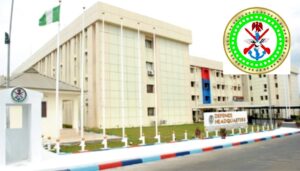 The Acting Director, Defence Media Operations, Brig.-Gen. Bernard Onyeuko, disclosed this while giving update on military operations across the country on Thursday in Abuja.

Onyeuko said that the recoveries were made in Rivers, Bayelsa and Delta.

He said the troops discovered and immobilised the illegal refining sites with 24 ovens and 37 storage tanks laden with 120,000 litres of illegally refined Premium Motor Spirit (PMS), petrol, during the period.

He added that 80,000 litres of illegally refined Automotive Gas Oil (AGO) and 1,100 barrels of stolen crude oil were also recovered.

He said that the troops were sustaining intensive land, maritime and air patrols to provide security for critical maritime infrastructure in their area of responsibility.

Onyeuko said that in the North-West, troops of Operation AWATSE on July 20, arrested three oil thieves with eight vehicles containing more than 56 jerry cans of stolen PMS and other oil products in Ogun.

He said that on Saturday and Sunday, the troops arrested three vandals at Arepo and Majidun communities in Lagos including their spy, Mr Bamidele at Ikotun.

In the South East, the spokesperson said the troops continued to raid the camps and hideouts of the proscribed Indigenous People of Biafra/Eastern Security Network (IPOB/ESN) in the zone.

He said they had continued to maintain vigilance and dominate the zone with patrols to deter criminal activities.

Onyeuko said that the Chief of Defence Staff (CDS), Gen. Lucky Irabor had continued consultations with retired senior military officers in the various geopolitical zones on the security challenges in their local communities.

He explained that the consultation was part of the non-kinetic approach to tackling the security challenges through “a no-hold bared interaction with retired senior officers’’.

According to him, the CDS has so far held consultations with the retired senior officers in the South west, North West and South East geo-political zones.

“The Military High Command commends the enormous sacrifices of our troops in the various theatres of operations across the Country.

“The general public and the media are highly appreciated and also encouraged to continue to support our efforts by providing credible and timely information that will facilitate our proactive engagements,’’ he said.