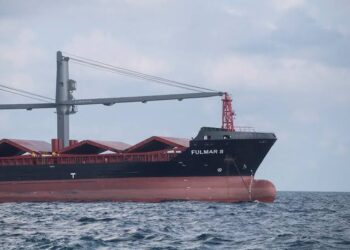 Ukraine had already shipped around 150,000 tonnes of wheat to Ethiopia, Yemen and Afghanistan under the programme.

According to WFP, Ukrainian grain exports has slumped since the start of the war because its Black Sea ports is an important route for shipments were closed off, driving up global food prices and prompting fears of shortages in Africa and the Middle East.

Three Black Sea ports were unblocked at the end of July under a deal between Moscow and Kyiv, brokered by the United Nations and Turkey.

The ministry earlier on thursday, also said that a total of 6.4 million tonnes of agricultural products had so far left Ukrainian ports under the UN brokered deal.