Almost a year after the Federal Executive Council (FEC) approved what it called the Customs mordernisation project, there are indications that the highly-contentious contract may have been abandoned. 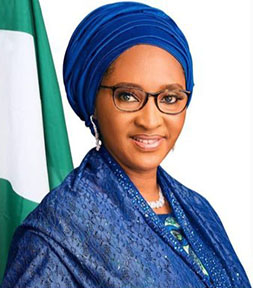 Investigation by Shipping Position Daily revealed that, even though the Federal Government had assured that the $3.1 billion e-Customs project would reposition Customs operations and boost revenue generation of the Service, the contract has remained unsigned, thereby stalling its take-off.

This is even as the country is yet to take delivery of the $18.12 million cargo scanners that were approved for both Port Harcourt and Tin Can Island ports.

Recall that on September 2, 2020, during the Federal Executive Council meeting presided over by President Muhammadu Buhari, the federal government approved the engagement of a consortium of four firms in a 20-year concession arrangement with the Nigeria Customs Service and the Infrastructure Concession Regulatory Commission (ICRC) for a Customs modernisation project and establishment of digital and paperless Customs administration. 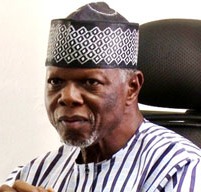 Recall that, the Minister of Finance, Budget and National Planning, Zainab Ahmed, had while appraising the project said it has the potential to yield up to $176 billion in revenue for the country.

She also said the main objective of the project was to completely automate every aspect of Customs business and institutionalise the use of smart and emerging technologies to enhance the statutory function of the organisation in the area of revenue generation.

However, checks by Shipping Position Daily revealed that since the ratification of the project by the FEC, the contract remained unsigned, hence there has not been any talk about its commencement date, or acquisition of necessary facilities.

Recall that, the Nigeria Customs modernization project, before presentation to FEC for approval, went through a rigorous diligence test which began in 2016 when 94 companies responded to a bid request by the NCS.

In the exercise, 15 companies were pre-qualified and invited to make presentations on their solutions expected to fully automate all customs operations.

When contacted for an update regarding the modernization project, the National Public Relations Officer of the Nigerian Customs Service (NCS), Mr. Joseph Attah, could not give our correspondent any meaningful response, rather he told our correspondent that Customs does not need to inform the press about everything.

However, commenting on why the service is yet to commence the use of scanners, Attah confirmed to our correspondent that the scanners are yet to arrive. He however assured that the scanners will arrive before the end of the month.

“The scanners are on their way, remember the three, we told you will arrive in August and August has not passed. It is when it arrived that we will now talk about it, when there is no new development what do you want me to talk about” he said.

But, speaking to our correspondent, regarding the Customs modernization project and lack of scanners at the ports, the President, National Council of Managing Directors of Licensed Customs Agents (NCMDLCA), Mr. Lucky Amiwero, described the e-customs project as a way to syphon money.

In his words: “e-customs is just a way of syphoning Nigeria money, you don’t duplicate process, they are supposed to upgrade Web Fontaine, and what I expect government to do now is to accept the recommendation of our committee, and that’s the Presidential committee on reforms of Nigeria Customs; the recommendations have been transferred to federal government”.