A new study has indicated that sitting down for more than eight hours in a day could increase the risk of cardiovascular diseases. 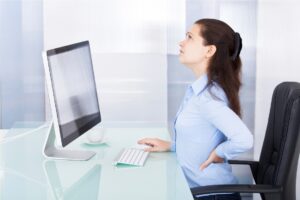 It also noted that people who sit for too long are equally more prone to heart disease complications leading to death.

The study further indicated that reduction of inactive time, as well as increasing physical activity, could be crucial to easing the burden of untimely deaths and cardiovascular disease worldwide

The population-based cohort study which was published in the JAMA Cardiology studied 105,677 participants from 21 countries, aged 35 to 70.

The researchers made use of data from the Prospective Urban Rural Epidemiology study and discovered that longer sitting time during the day was linked to an increased risk of premature death and major cardiovascular disease events, such as cardiovascular death, myocardial infarction, stroke, or heart failure.

According to findings from the study, individuals who sat for eight or more hours daily had a 20 per cent increased risk for all-cause death and major cardiovascular disease events, compared to those who sat for four hours per day.

“High amounts of sitting time were associated with increased risk of all-cause mortality and CVD in economically diverse settings, especially in low-income and lower-middle-income countries.

“Reducing sedentary time along with increasing physical activity might be an important strategy for easing the global burden of premature deaths and CVD.”