The Executive Secretary of the Nigerian Shippers’ Council (NSC); Mr. Emmanuel Jime has assured that the Council has waded into the circumstances which surrounded last week’s invasion of the premises of five shipping lines in Lagos by the Federal Competition and Consumer Protection Commission (FCCPC). 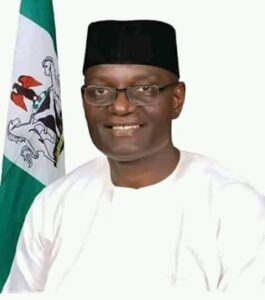 But, in a chat with journalists on Monday, Mr Jime disclosed that the Federal Competition and Consumer Protection Commission has apologized to his agency for undermining its position as the economic regulator of the ports.

“The DG of the Consumer Protection Agency has actually written to me to apologize when the matter came to my notice because we sort to intervene”, he said.

He added that, without prejudice to the position of the consumer protection agency, the Nigerian Shippers’ Council is interrogating the matter.

According to Mr Jime, the FCCPC admitted its fault that its personnel, who were aided by the Police to effect the invasion, “should not have done what they did without passing through the Council in recognition of the Council”.

He told journalists that, “the understanding is that, we should have collaborative efforts, not one agency waking up and deciding that I have all the powers. There is a recognition that that directive was not handled according to proper procedures. They have acknowledged that”.

Stressing that, a detail investigation has begun, he added that, “We are now in a stage of actually examining the full facts. so that we can see first what does the law say as far as their powers and also to get the shipping companies to speak to them with the understanding of what really are the issues”.”” “Our job here is not to take side with anyone. Yes, we regulate the industry and we also protect, but that is to the extent that you are also right to get the protection that we are giving you. So, if obviously what you are not doing is not correct, it is Shippers’ Council as the regulator to point out that to you, that you too, you have to take a look in the mirror and see whether your processes need to be amended or some sort of correct measure should be taken”, he explained.

“The summary is that NSC is intervening and we are looking at the issues from both sides of the divide, so that we can call someone to order and say, if it is Consumer Protection Agency that is wrong, this is the extent to which they have gone wrong and this type of thing should not be allowed to happen again. If it is the shipping companies that have an issue, we let them know that okay, may be the Consumer Protection Agency did the wrong thing, but I will call them to order, but you too take a look at what you did and see whether we should not do some corrective measures as we proceed. So, long and short, we are intervening and we believe at the end of the day, we shall come to the conclusion and resolution of the matter in the way that benefits the industry”, he assured.

Mr Jime, nevertheless acknowledged that the Federal Competition and Consumer Protection Commission has a far more detailed and enforceable mandate across all sectors in the realm of protecting consumers of all services.

He added that the whole essence of the Council’s investigation is to mitigate and also ensure that each party desists.