The Managing Director, National Inland Waterways Authority (NIWA), Dr George Moghalu, has warned that the authority will not tolerate indolence and laziness from staff members of the authority. 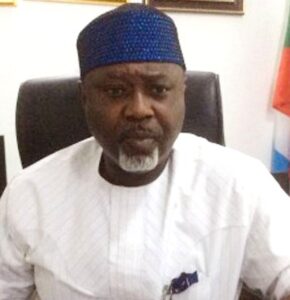 Moghalu said “the authority intends to introduce better incentives/welfare to our staff in the new year 2023.

“The, there should be a positive response with dedication and commitment to hardwork and not indolence and laziness.”

“I want to assure you that I will improve on what I have done as your head.

“Be rest assured that we are in this together and the management will see to it that our salaries are increased next year by God’s grace.

“For better retirement life, I have approved a training programme for NIWA staff retiring to prepare them for live after service”.

Moghalu presented to each of the eight retirees of the authority a cash reward of N100, 000 and a picture each.

On award presentation, Mr. Oregbes David from Administration Department of the authority, emerged the Best staff of the year, while award of the Best Performing Area office for 2022 went to Jalingo Area Office.

The Marine Department of the authority won the Best Football Team Award with a trophy.