What is a Flag of Convenience?

Sailing a ship under a flag of convenience is a business practice that a growing number of ship owners take. The ship operates and is taxed under the laws of the country for which it is flagged. Registering the vessel in a different country than the one where the owner lives helps them save money. In some cases, it also allows the ship to operate under less stringent regulations. 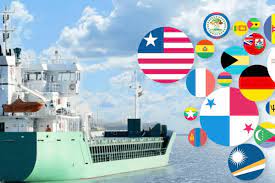 Why Do Ships Need a Flag of Convenience?

International law requires every merchant ship to register in a country. The country of registration is the ship’s “flag state.” Ship registration gives the ship its nationality, even when it differs from that of the owners. The flag allows the ship to travel to any destination where citizens of the same nation may travel.

The ship’s flag state also exercises regulatory control over the vessel. The Law of the Sea requires the flag state to inspect the vessel regularly, issue safety and environmental protection documents, and certify the equipment on-board and the crew. A group called “the registry” performs these acts under the government, a private agency, or a hybrid of the two.

Every nation treats ship registration differently. Some only allow traditional registry, meaning they allow the registration of vessels owned by local residents or companies. Other nations allow open registries or ships that sail under “flags of convenience.”

Every ship that travels internationally must register with someone. Nations with open registries often make it easier to register a vessel. Some allow you to register your ship online. Those with traditional registries sometimes allow ships to register even if you aren’t a resident. For example, they might require you to hire a percentage of your crew locally.

The differences between laws and taxes among nations also make some more popular than others for the registry. The top five flag states with the largest number of registered vessels are:

While the list is extensive, these five nations control 77% of the total number of vessels registered under flags of convenience. Panama leads the way with the largest number of registered vessels in the world. How did a small nation with a population of only three million become such an important trade route? Its long, slender shape and position make it ideal for maritime trade. Panama sits between the Pacific and Atlantic oceans.

Panama is one of the Seven Wonders of the World, with a 48-mile canal that handles 14,000 ships annually. These features make it one of the most desired flags for ships to fly under. However, Panama has a limited history of trade.

The country of Panama is one that offers online registration of vessels. It also gives the advantage of cheaper foreign labor. Most important to some ship owners is the fact that they don’t have to pay any income taxes. More ships fly the Panama flag than the flags for the U.S. and China combined!

The Controversy Over Flags

As with any issue or practice, there are both proponents and critics of open registries. Those in favor of the practice want to save money. Cheap labor and slack regulations make them more competitive in a global industry.

Those against open registries complain about the lack of regulations and oversight. The practice of sailing under a flag of convenience began in the 1920s after the end of WWI. The phrase itself didn’t come into use until the 1950s. Early on, images of dilapidated vessels and “rust buckets” emerged. These vessels were often operated by overworked crews.

Today, some people claim that top countries like Panama and Liberia follow the requirements imposed on them. They use maritime experts to ensure vessels are seaworthy and they operate safely. Others cite the high number of accidents involving Panamanian-registered ships as evidence Panama is still cutting corners. Some experts contribute the numbers to the greater number of ships on the water.

Panama has long been the target of charges of corruption. It is also known that other nations with fewer vessel registrations follow substandard regulations. One of the biggest concerns is the ability of ship owners to remain anonymous. In many cases, identifying the owner of a vessel is impossible.

This ability to stay hidden gives some ship owners the ideal setting for criminal activity. These acts might harm the environment or put crew members at a greater risk of injury. When legal issues arise, there’s no way to identify and take legal action against the guilty party. As a result, these vessels are now targeted by other nations when they make call in one of the host nation’s ports.