The World Health Organisation has advised patients with mild or moderate cases of COVID-19 against the use of the antidepressant drug, fluvoxamine, and the gout drug colchicine. 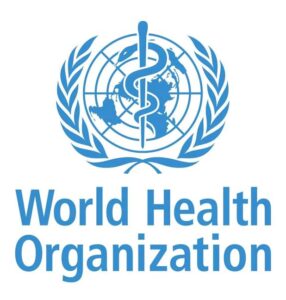 The WHO said in a statement that current indications did not justify using colchicine to treat non-severe COVID-19, adding that fluvoxamine should not be used without clinical trials

According to a report by a WHO Guideline Development Group, the advice became necessary due to insufficient evidence of better results from the use of the drugs and their potential harm.

The report, put together by a panel of international experts in the British Medical Journal, said no recommendation was made for either drug in patients with severe or critical illness, given limited or no data.

“Fluvoxamine and colchicine are commonly used, inexpensive drugs that have received considerable interest as potential COVID-19 treatments during the pandemic.

“However, today’s recommendations against their use reflect ongoing uncertainty about how the drugs produce an effect on the body

“Also the evidence of little or no effect on survival and other important measures, such as the risk of hospital admission and need for mechanical ventilation.

“There is also a lack of reliable data on COVID-19 related serious harms associated with these drugs,’’ it said.

It said that the WHO’s advice against the use of fluvoxamine except in clinical trials was informed by data from three randomised controlled trials (RCTs) involving over 2,000 patients.

“Their strong advice against colchicine was based on data from seven RCTs involving 16,484 patients,’’ it said.

It said that after thoroughly reviewing the evidence, the panel, which included experts from around the world and four patients who had had COVID-19, concluded that almost all well-informed patients would choose not to receive either fluvoxamine or colchicine therapy for COVID-19.

It said the panel noted that none of the included studies enrolled children, so the applicability of these recommendations to children is uncertain.

It, however, said the panel did not see the reason why children with COVID-19 would respond any differently to treatment with fluvoxamine or colchicine.

“Today’s recommendations are part of a living guideline, developed by the organisation with the methodological support of MAGIC Evidence Ecosystem Foundation, to provide trustworthy guidance on the management of COVID-19.

According to the report, previously, the WHO has made a strong recommendation for use of nirmatrelvir and ritonavir, and conditional recommendations for sotrovimab, remdesivir and molnupiravir for high-risk patients with non-severe COVID-19.

The report said that for patients with severe COVID-19, WHO strongly recommends corticosteroids, with the addition of IL-6 receptor blockers or baricitinib.

WHO also warned against the use of convalescent plasma, ivermectin, and hydroxychloroquine in patients with COVID-19 regardless of disease severity.