The Managing Director of the Nigerian Ports Authority (NPA), Mr. Mohammed Bello Koko has explained the factors affecting the revitalization of Koko and the Sapele ports in Delta state. 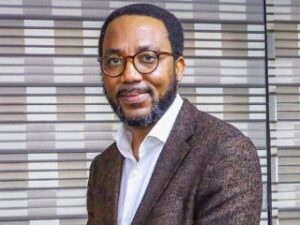 Bello Koko at a recent engagement with journalists in Lagos informed that due to a pipeline owned by the Nigerian National Petroleum Corporation (NNPC) that is buried about 7.5metres deep in the Koko Port-channel. He stated that the Koko port channel cannot be dredged beyond 7.5metres.

He stated that even though investors have shown interest to make use of the port for export purposes for a long term lease, he said only a short term lease can be given to the investor.

The NPA MD added that apart from limitations because of the NNPC pipelines, Koko port has one of the longest channels which makes it extremely expensive to dredge.

According to him, “For Koko port, there is an investor that has indicated interest to use the port for export purposes. The investor wants to be exporting minerals through the Koko Port.

“There is a lease there. It’s a short term lease but the investor wants a long term lease. It is when we finish the marking and surveying of the channel that we will conclude discussion with the investor.

“The channel has an NNPC pipeline that is buried about 7.5metres, so we cannot dredge beyond that point. Discussions have started with NNPC to see if that pipeline can be buried deeper. If the pipeline is buried deeper to maybe 10 or 14metres, then we will be able to dredge the Koko port channel to 14metres.

Speaking on factors affecting the Sapele port, Bello Koko stated that the Sapele port has practically been turned into a naval base for the Nigerian Navy. He however said NPA is collaborating with the Navy to see what part of the port can be worked on without jeopardising security at the port.

“You know that the Sapele port has practically been turned into a naval base, so we cannot just bring in civilians there when the whole place is filled with military personnel. Of course, we all know why the Navy took over that port.

“We are accessing the infrastructure at Koko and Burutu ports. We will be rehabilitating them very soon, especially Koko Port. The quays are collapsing and there is no electricity there. This is one of the things we will be doing this year.” he said.