Home » Why We Are Yet To Renew Concession Agreement – NPA

Why We Are Yet To Renew Concession Agreement – NPA

The Nigerian Ports Authority (NPA), has explained why it is yet to renew the concession agreement of some terminal operators. 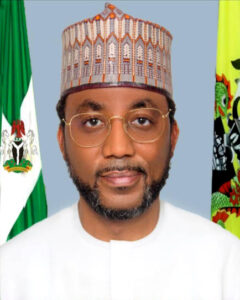 He however said that the concession agreement with five terminal operators that have expired has been concluded and will be submitted to the Federal Ministry of Transportation before the close of work on Tuesday, 4th October, 2022 (today) for final approval renewal.

Koko however lamented the 100 percent physical examination of cargoes at the nation’s seaports, saying it is affecting efficient cargo inspection as manual cargo examination is cumbersome and inefficient.

He also disclosed that the terminal operators have expressed desire to purchase, maintain scanners at the Nigerian seaports while Customs will operate it.

He posited that if scanners are provided, it will make Nigerian seaports more competitive and preferred destinations for cargoes in West and Central Africa.

According to him, “manual examination of cargo in our ports due to absence of scanners is inefficient, not sustainable, cumbersome and can’t make our port competitive. Terminal operators have, however, expressed readiness to purchase and maintain the scanners, but the equipment will be maintained by the service. This will make our port more efficient, competitive and efficient in the sub-region”.

He as well, called for the reconstruction of the collapsed quay apron at the Tin-Can Island port and collapsed jetty at Continental Shipyard.

“Matters requiring urgent attention include the reconstruction of the quay apron at Tin Can Island Port complex and collapsed jetty at Continental Shipyard Ltd. Reconstruction of collapsed berth at Federal Lighter Terminal (FLT) and fencing of common user port facility in line with specification of International Ships and Ports Facility (ISPS), code.

“Also, reconstruction of collapsed breakwater at Delta Port and rising cost of power generation (electricity) in the port and the need to commence procurement of alternative sources of power” he told the minister.