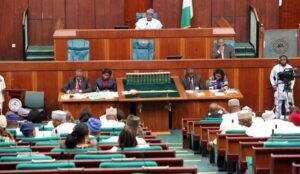 The committee said oil depots, pipelines, rigs and other facilities, which could have generated revenues for the government and reduce borrowing and budget deficit, had been abandoned in various parts of the country.

According to the committee, these abandoned facilities now constitute environmental and security threats to their host communities.

The committee said these at its investigative hearing in Abuja on Thursday when subsidiaries of the NNPC appeared before it.

The Chairman of the committee, Ademorin Kuye, in his opening remarks, said: “This committee was constituted pursuant to a resolution of the National Assembly to investigate all assets in the custody of MDAs; assets that are being trespassed and encroached; assets that are just wasting away that could be converted to revenue for the Federal Government for the development of our country.

“At the last sitting, we resolved that NAPIMS (National Petroleum Investment Management Services) should furnish this committee with records of supposed abandoned assets of the Federal Government in their care and we received in response to that letter, a letter dated 20th of September, 2021, acknowledging our letter and expressing the regret of the inability of their GGM, Mr Bala Wunti, to attend the meeting, asking for another date – two weeks’ time.

The Managing Director, NNPC Properties Limited, Musa Hamza, who represented the Group Managing Director of the NNPC, Melee Kyari, who noted that Wunti was part of the Federal Government delegation on an official duty outside the country, said he was the custodian of the corporation’s assets.

Speaking on the probe, a member of the committee, Ibrahim Isiaka, “You are aware of the assets held by the NNPC, both onshore and offshore. Of great concern to the National Assembly is that after the commissioning of most of the assets that you have with most of the international oil companies; they are all greatly abandoned, constituting environmental hazards.

Responding, Hamza stated that only NAPIMS could explain the assets relating to joint venture businesses between the NNPC and IOCs.

Hamza added, “On your question on abandoned assets nationwide, the NNPC has really seen that as a problem and we have really started by trying to take stock of all the assets that exist. And on their behalf, we have taken an inventory of all of them. We have documented them.”