The Abuja Chamber of Commerce and Industry (ACCI) says it has embarked on activities to strengthen capacity of the Organised Private Sector to participate actively in the African Continental Free Trade Area (AfCFTA). 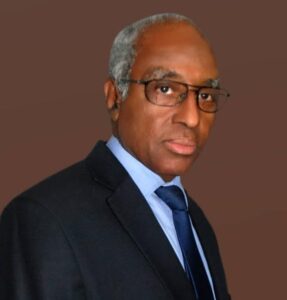 Dr Al-Mujtaba Abubakar, ACCI President, on Monday in Abuja at the opening of its 16th Abuja International Trade Fair, described it as a major gathering platform for businesses all over Africa.

The fair, holding at Abuja Trade and Convention Centre has its theme as “Exploring Opportunities of the African Continental Free Trade Area (AfCFTA) and will end on Oct. 9.

“The private sector must be ready to capitalise on the readiness of the government to deploy all state apparatus in support of Nigeria’s participation in AfCFTA.

“The importance of AfCFTA is underscored by the full support of government towards preparing the nation to exploit the opportunities the AfCFTA platform has provided.

“As Nigeria is grooming her business class for continental trade, other African nations are also in the same race. This is where Private Sector becomes critically relevant partner of government to deliver on AfCFTA benefits,” he noted.

In addition to the action plans already created by the National Action Committee on AfCFTA, he said a deliberate emergency action must be taken to ease the export process.

According to Abubakar, action must be taken to also ensure single export clearing desk for exporters facilitation, force regulators to become facilitators and declare export facilitation as a national emergency.

“As a nation facing low export and high import and facing stiff competition from over 50 nations, we must take export mobilisation as an emergency,” he said.

He further urged the presidency to summon leaders of agencies in the export sector to enforce single desk clearance for exporters.

This, he said was the only way to ensure Nigeria’s competitiveness and strength as a biggest economy in the continent.

In a remark, Otunba Adeniyi Adebayo, Minister of Industry, Trade and Investment while highlighting the objectives of the AfCFTA said Nigeria would benefit immensely from the largest free trade area in the world.

Adebayo, represented by Mr Aliyu Abubakar, Director, Trade Department of the ministry, tasked business operators in Nigeria including the ACCI to take full advantage of the AfCFTA, adding that it had a number of policy goals.

The minister noted that Nigeria had signed and ratified the agreement which entered into force in Jan. 1.

According to him, measures are being put in measures to ensure effective implementation.

“The ministry is willing to partner with ACCI for the realisation of the AfCFTA and to work together in the area of Industrialisation and trade facilitation “ Adebayo said.

The fair which features both local and foreign exhibitors including participants from Egypt, Parkistan, Kenya and India among others will have a roundtable on AfCFTA implementation.