The African Export-Import Bank (Afreximbank) and U.S. Eximbank on Wednesday solidified signed a Memorandum of Understanding (MoU) to boost trade and investment in Africa. 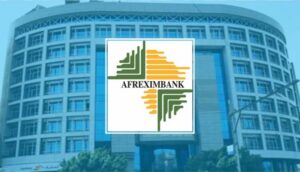 The News Agency of Nigeria (NAN) reports that the MoU was signed by representatives of the two banks at the ongoing three-day U.S.-Africa Leaders’ Summit in Washington D.C.

In his remarks, Oramah said by signing the MoU, the two banks moved from intentions to action and set the stage for the two institutions to serve as anchors for a renewed, vibrant U.S.-Africa trade and investment relations.

“The new partnership we are forging will embolden businesses on both shores to step out, explore and do deals for the benefit of Africans and the U.S. people.

“As we look around the world today, we see that most countries that have successfully made giant strides towards economic development and industrial transformation have the U.S. to thank.

“They have the U.S. to thank for it in terms of capital and investment inflows, technology transfer or diffusion, skills and capacity development and access to markets,” he said.

The president said in almost every case, U.S. Eximbank was pivotal in de-risking those markets and facilitating capital and technology transfers, and in turn these foreign investments boosted productive activities in the U.S., all of which improved global welfare.

He said Africa did not quite participate in that golden relationship that pulled billions out of poverty, especially in Asia.

“The continental Eximbank has gained a significant capacity to confidently play its role as the trade finance bank for Africa; interfacing with, and mitigating risks for, partners and financial institutions interested in doing business in Africa.

“There can be no better time, no better opportunity for the U.S. to do for Africa what it did for Asia,” he said.

He added that there could be no better time for U.S. Exim and Afreximbank to forge a bond of partnership that would propel the new U.S.-Africa partnership beyond aid.

“So, as the political actors from the U.S. and Africa renew their commitments to a stronger alliance in today’s fractured world, our two institutions must convert the political intentions into concrete business, trade, and economic gains for the expectant African and American people,” he said.

According to him, the time to act is now and by signing this MoU with U.S. Exim, Afreximbank is helping to open that window of opportunity.

Oramah said the MoU would solidify the partnership between the two institutions and open new vistas for deeper and broader collaborations in advancing trade and investment flows between the US and Africa.

“Specifically, our partnership will foster the realisation of the aspirations of the U.S.-Africa Leaders Summit, which among others, include forging new U.S.-Africa economic engagements.

“It will also focus on improving livelihoods through employment creation, strengthening health systems and infrastructure as well as assuring food security, promoting climate adaptation, and deepening support for the private sector, including the African diaspora in the U.S.,” he said.

He expressed optimism that through the renewed partnership, the two banks would support trade and economic integration in Africa by helping to revive and strengthen African airlines.

“We will help revive and strengthen African airlines through re-fleeting and other technical supports and facilitate strategic investments in healthcare, power, and transportation infrastructure, including rail and road projects, as well as investments in renewable energy projects.

“Most of all, scaling support for industrial development across the continent and we will also work together to support climate adaptation projects, including irrigation,” the president said.

The three-day U.S.-Africa Leaders Summit, which started on Tuesday seeks to facilitate economic cooperation between its participants, help promote peace and stability in the region, develop health security, as well as strengthen the global response to climate change.