Freight forwarding associations in the nation’s maritime industry have called for the termination of the Webb Fontaine contract with the Nigeria Customs Service (NCS). They accused the service provider of incompetence and economic sabotage. 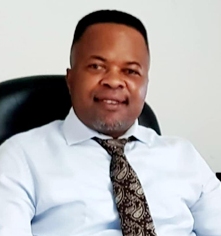 Webb Fontaine is the manager of the customs digital platform responsible for the provision of IT and telecom infrastructure.

This encompasses the delivery of the Customs Management System nationwide via the Nigeria Customs Integrated System, (NICIS II).

However, freight forwarding associations which include: the Africa Association of Professionals Freight Forwarders and Logistics of Nigeria (APFFLON), Association of Nigerian Licensed Customs Agents (ANLCA) and the National Association of Government Approved Freight Forwarders (NAGAFF) have all lamented that the company’s 16-year management of customs portal has been characterized by consistent server breakdowns which they said either connote gross inefficiency or nonchalance work culture by the organization.

In a recent letter sent to the speaker of the House of Representatives, a copy of which was obtained by our correspondent, the President of APFFLON, Otunba Frank Ogunojemite, alleged that since 2006, when the company began the provision of technical support services for Customs, Nigerian importers have suffered colossal fiscal losses from downtime at every port and terminal in the nation.

He lamented that the additional cost leads to higher prices for the imported goods (that is, inflation). impoverishing Nigerians while the company suffers no losses.

Ogunojemite lamented that over the years, there has been no sensitization or stakeholders’ engagement by Webb Fontaine on its operations or any regret or public apology for the losses the importers and other ports users were subjected to, leaving aggrieved ports users to blame Customs officials and the management for server disruptions

Ogunojemite further said that, amid numerous challenges in Nigeria’s port system attributable to the company, and alleged that findings have shown that the Dubai-based company operates a seamless and hitch-free process in Dubai. He added that Webb Fontaine’s actions were deliberately meant to sabotage the Nigerian economy.

According to him, Webb Fontaine was supposed to provide single window solutions connecting all stakeholders: involved in foreign trade allowing them to perform from pre-clearance to post-clearance activities. but said 16 years later, the company has failed to achieve its purpose.

He added that the relevance of Webb Fontaine becomes questionable with the Federal Government-approved e-Customs project which makes provision for full automation of Customs processes and services.

“Since 2006, when the company began its technical support service for Customs, Nigerian importers have suffered colossal fiscal losses from downtime at every port and terminal in the nation. This additional cost leads to higher prices for imported goods (inflation). Impoverishing Nigerians while the company suffers no losses

“Over the years, there have been no sensitization or stakeholders’ engagement by Webb Fontaine on its operations or any regret or public apology for the losses the importers and other ports users were subjected, leaving aggrieved ports users to blame Customs officials and the NCS management for server disruptions

“Webb Fontaine was supposed to provide a single window solution connecting all stakeholders: involved in foreign trade allowing them to perform from pre-clearance to post-clearance activities. But 16 years after, the company has failed to achieve its purpose.

In the same vein, the leadership of NAGAFF also urged the Nigerian government to terminate the IT infrastructure contract of Webb Fontaine and engage a reliable IT service provider.

NAGAFF said the call was necessitated by a constant breakdown of the internet server of the Customs, thereby incapacitating the service to process cargo declarations since August 1, 2022.

The call was contained in a protest letter addressed to the Minister of Finance by the National Chairman of NAGAFF 100% Compliance Team, Ibrahim Tanko, on September 7, 2022.

In the letter, Ibrahim Tanko said, “over time, the company has proved grossly incompetent and utterly indifferent to our plight, to the detriment of Nigeria’s economy. The rate at which their server fails is becoming unbearable.

“Since this year, we have witnessed several server failures. Since Thursday, August 1, 2022, no single declaration has been treated by the Customs. There is a total shutdown.

“We beg to ask if Webb Fontaine will bear the cost of the demurrage that has accumulated. As we write, the Customs is idle. They cannot process import and export entries. You cannot imagine the quantum of loss to the economy.

“On our part, the attendant demurrage has ruined our business and relationships with our shippers and importers. We, therefore, call out Webb Fontaine as economic saboteurs”.

On his part, the acting president of ANLCA, Dr. Kayode Farinto, urged that Nigerians be allowed to manage the customs digital platform responsible for the provision of IT and telecom infrastructure.

“They know our downtime, weather and Topography when we have rain. Webb Fontaine has been part of us. We know their challenges and we have challenged them in the area of their challenges. Going forward, if it must improve, it must be Nigerian engineers” he said.

However, when contacted, the Customs National Public Relations Officer, Deputy Comptroller Timi Bomodi said the service has capable hands to handle the IT and telecom infrastructure for the country. He simply said “Yes we have a backup. It is not whether they will suspend Webb Fontaine; their contract will soon run out. Their services will soon expire” he confirmed.