The Association of Nigerian Licensed Customs Agents (ANLCA) has denied allegations leveled against the association for obstructing Customs 100 % cargo examination at the port. 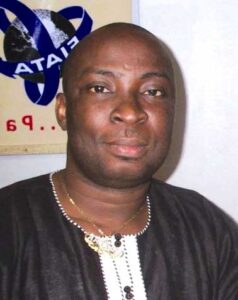 The Nigeria Customs Service had earlier reported members of the Association of Nigeria Licensed Customs Agents (ANLCA) to the National Assembly House Committee on Customs and Excise over alleged obstruction of 100% physical examinations of imported cargoes.

However, speaking during its recent National Executive Committee (NEC) meeting the association denied the allegations, describing it as a blackmail, even as the association lamented lack of scanners at the port despite approval given for the purchase.

Farinto further urged members of the association to be more patriotic by increasing their level of compliance stating that by so doing the association will have the moral right to challenge any illegalities or arm-twisting and imposition of spurious Demand Notices by men of NCS.

According to him, “we received a letter on the above subject matter from the House of Representatives Committee on Customs and Excise, where the present management team of Nigeria Customs has alleged that members of our association particularly the executives have been obstructing their men from conducting 100% physical examinations on cargoes in the ports.

“I am hereby officially informing the NEC on this serious allegations and the need to engage the House Committee in order that we may put the record straight and debunk this spurious allegation.

“However, I need to inform and advice our professional colleagues that we should also endeavor to be more patriotic and increase our level of compliance. By doing this, we can have the moral right to challenge any illegalities or arm twisting and imposition of spurious Demand Notices”, he said.