The Shippers Association of Lagos State (SALS) on Wednesday lauded President Muhammadu Buhari for confirming the appointment of Mohammed Bello-Koko as the managing director of the Nigerian Ports Authority (NPA). 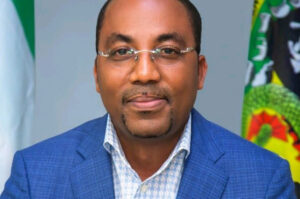 Rev. Jonathan Nicole, President of SALS gave the commendation in an interview in Lagos

Nicole said the administrative style of Bello-Koko is admirable.

Bello-Koko was first appointed acting MD of the agency in May 2021 after the previous managing director, Hadiza Usman, was suspended.

President Buhari approved Usman’s suspension after the transport minister, Chibuike Amaechi, accused her of “insubordination” and “refusal to take or carry out lawful instruction from superior officers/higher authorities”.

The government said the suspension would allow it investigate the allegations against the former MD. 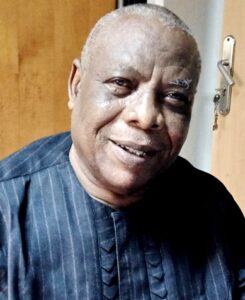 Nicole said: “We commend the Minister of Transportation and the Federal Government of Nigeria for confirming the appointment of Bello-Koko as the substantive managing director of NPA.

“We have been following his style of administration and recently, his comment on disputes resolutions in the maritime sector is well appreciated,” he said.

Nicole noted that Bello-Koko always encourages dispute resolutions be facilitated using the arbitration process rather than legal tussles which he said was time consuming and expensive.

He pointed out that the maritime sector was entirely an economic zone and therefore disputes arising from that sector ought to be facilitated to protect investments.

He said Bello-Koko has worked hard in recent times and succeeded in reducing cargo accidents in our waterways.

“Shippers associations will partner with the current management of the NPA for better results.

“Welcome on board our Youthful hard working Bello-Koko. You have our support and patronage,” he said.

Prior to the appointment as acting MD, Bello-Koko was the Executive Director, Finance and Administration of the Authority.