Association To Address Disproportionate Representation Of Female Onboard Vessels

Female Seafarers Association of Nigeria (FESAN) on Tuesday said there was need to address the disproportionate representation of females onboard vessels in Nigeria. 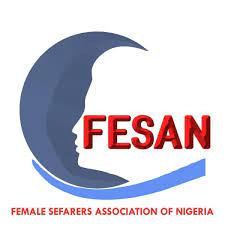 Ms Koni DUniya, President, FESAN, made the assertion in a statement.

She said that the Minister of State for Transportation, Senator Gbemisola Saraki, would on Thursday present a keynote address to stakeholders in the maritime sector on the theme: ”Fair Future for Female Seafarers.”

According to her, the theme for the event which tallies with the international theme .

It is aimed at addressing questions of gender biases which, stem from stereotypes displacing the female gender in the Maritime Industry and the Seafaring profession.

“Most employers are not aware that there are female seafarers who are qualified and ready to work and our expectation is for them to acknowledge our existence as females starting a career in the maritime industry.

“You can imagine going to school to obtain certificates and the certificates expire because you can’t get a job as a result of your gender.

“We want an end to that and the deplorable onboard working conditions as well. We want improvement in that area.

She noted that though employee commitment to work differs from person to person, the few companies who employed female seafarers had testified that majority of them performed their jobs with as much professional expertise as their male counterparts.

She said that it was important to know that male or female, when one employ a set of employees, the approach and commitment to work differ and overtime, female employee works with as much professionalism 100 per cent of the time.

She pointed out that part of what the organisation does was to mentor females such that when one person gets a job, they expect that she performs so well that her employers come looking for one of the other sisters that do not have a job.

“ We keep encouraging them to know that “hardwork is the way out,” she said.

Duniya disclosed that FESAN was partnering with the Women in Maritime Journalism (WIMAJ) to push for the development of policies that would encourage females who had chosen to work in the maritime industry.

She added that the association had organised a webinar to commemorate the International Day of the Seafarer.

She listed other speakers to include Capt. Sunday Umoren, Secretary-General of the Abuja Memorandum of Understanding (MoU) and Capt. Blessing Edidiong Abalo, First Female Master Mariner.