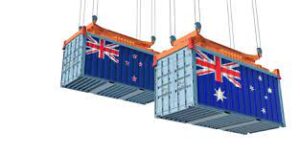 The report found higher productivity at Australia’s container ports was “achievable and would deliver significant benefits”.

“Ports also have large indirect impacts on Australian businesses and consumers, so that any sustained disruptions to imports or exports magnify these costs across the economy.”

For example, the report says the country’s container ports “rank poorly” internationally on ship turnaround times, due to the use of fewer cranes, while workplace agreements also lower productivity, referring to the recent work stoppages experienced during fraught negotiations between several terminal operators and the Maritime Union of Australia.

In some welcome news for transport operators, the report also recommended “more active” regulation of terminal access charges (TACs), which have risen since 2017 from “close to zero to A$120 per container”.

“Inquiry participants have raised concerns about what they see as the lack of justification for increases in TACs and transport operators’ inability to push back on them,” says the report.

On container detention, the report was less clear, noting that “detention fees might be a further example of unfair [contract] terms,” which “should be addressed”.

The report’s findings were largely welcomed by liner lobby group Shipping Australia (SAL), which has not been shy of criticising the country’s port productivity.

“We are pleased that the productivity commission has found that Australian container ports could achieve much higher productivity, which would benefit the Australian economy as a whole.

“Australian port performance is substantially less than global competitors and that should now be regarded as a fact by everyone in the sector.”

However, SAL took issue with the commission on the topic of terminal access charges and that “shipping lines should be forced to pay the bills of trucking companies”.

SAL added: “We can see no justifiable reason, nor is there any rationale expressed in the productivity commission’s report, explaining why it is appropriate for costs to be shifted from one party to the other.

Lastly, SAL said it supports the commission’s recommendation to repeal Part X of the Competition and Consumer Act 2010. According to the report, Part X exempts shipping lines from having to show their vessel-sharing arrangements “provide a net public benefit to Australia — a requirement faced by similar industries”.

“It has been policy of Shipping Australia members, for several years now, to support a repeal of Part X provided that a satisfactory block exemption be implemented instead,” SAL said.