Nigeria may soon be hit by the fifth wave of the coronavirus pandemic as the country recorded 1,332 infections and three fatalities between July 16 and 23. 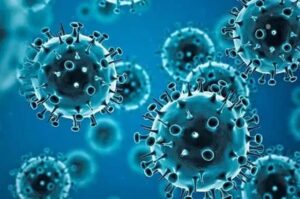 The latest statistics from the Nigeria Centre for Disease Control (NCDC) shows that Nigeria is experiencing a significant surge in COVID-19 infections across the country with more than 3,000 active cases.

NCDC had hinted at the possibility of a fifth wave before the 2022 Eid-el-Kabir celebrations, urging Nigerians to adhere to recommended public health safety measures amidst the rising cases of infection in the country.

The latest NCDC data shows that the new cases have raised Nigeria’s infection toll to 260,339.

The data also revealed that the fatality toll now stands at 3,147, as a backlog of two deaths were reported for July 7 and another case reported on July 23.

On a global scale, the Director-General of the World Health Organisation (WHO), Tedros Ghebreyesus, Friday, confirmed the increasing numbers of COVID-19 infections and deaths around the world.

“In the past six weeks, the global weekly number of reported cases has almost doubled. As the virus continues to circulate widely, new and dangerous variants are emerging, including some which reduce the efficacy of vaccines,” Mr Ghebreyesus said in a statement.

During a virtual media briefing held in the same week under review, the WHO boss noted that the latest surge in infection is driven by the Omicron sublineages BA.4 and BA.5 variants of the virus.

While the NCDC didn’t state specifically what variant is driving the surge in Nigeria, it revealed in its situation report for weeks 25 and 26, spanning June 20 to July 3, that testing in the country had decreased by over 50 per cent.

It added that there is an increase in the number of inbound and outbound passengers in the week under review.

For inbound international travellers, the disease control centre noted that in weeks 25 and 26, 28 persons tested positive out of 858 travellers tested.

On the other hand, 4,447 outbound international travellers were tested, out of which 133 persons tested positive, compared to 52 out of 3,987 that tested positive in weeks 23 and 24.

In the past few weeks, Lagos State, Nigeria’s commercial city and the epicentre of coronavirus has been driving the infection surge.

According to the NCDC data, of the 478 infections recorded between July 13 and 18, Lagos State topped the chart with 325 cases, while Rivers State in the South-south and the FCT in the North-central followed with 60 and 29 infections respectively.

Similarly, from July 19 to 20, Lagos State reported 138 out of 235 confirmed cases which were recorded in five other states and the FCT.

On July 23, Ekiti State, another South-western state displaced Lagos State from the top spot, as it accounted for 364 infections out of 619 reported cases for July 21 and 22. Lagos State, however came, came second on the log with 62 cases, followed by Rivers State with 58.

This development informed Ekiti State government’s decision to reintroduce the cautionary protocols as 74 persons were isolated during the week due to the infection.

The NCDC noted that reported cases from Ekiti State include a backlog of 300 cases from August 2021 and 64 for June 2022.

While health experts maintain that vaccines remain one of the most effective tools to protect people from COVID-19, Nigeria seems to have missed the 70 per cent mid-year COVID-19 vaccination target set by the WHO in 2021.

The WHO Regional Director for Africa, Matshidiso Moeti, revealed that only two African countries have achieved the 70 per cent coverage target set by the global health organisation.

She said: “Through the efforts of COVAX and other partners, over 820 million COVID-19 vaccine doses have been delivered to the continent in a little over a year– 62 per cent by and through COVAX, 30 per cent through bilateral donations or purchase and eight per cent by the African Union and other sources.

“Two African countries, Mauritius and Seychelles, have achieved the ambitious 70 per cent overall coverage target set by WHO. Rwanda, at 67 per cent, and Botswana, at 64 per cent, are not far behind, while seven other countries have fully vaccinated more than 40 per cent of their population”.

However, to achieve its 70 per cent coverage target and to reach the unprotected, WHO released a global COVID-19 vaccination strategy, which “elevates the targets of vaccinating 100% of health care workers and 100% of the highest risk populations with both primary and booster doses.”