Experts in the oil and gas sector say crude oil theft is a huge threat to actualising the objectives of the Petroleum Industry Act (PIA) which aims to attract more investments to the sector. 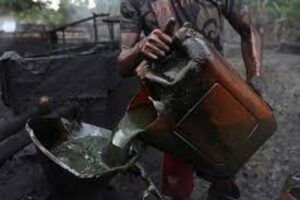 The experts urged the Federal Government and security agencies to find a lasting solution to the issue in the interest of national development.

They spoke at the Pre-Conference Workshop of the Nigerian Association of Petroleum Explorationists (NAPE) on Monday in Lagos.

The conference has as its theme: “The Next Decade of Oil and Gas Business in Nigeria: Impact of Energy Transition”.

Mr Olumide Esan, Senior Partner, Delloite Nigeria, said the signing of the PIA by President Muhammadu Buhari was laudable because it was what the industry had been yearning for.

Esan said the Act has defined fiscal framework and incentives to drive investment in the oil and gas industry when fully operational.

He, however, maintained that the PIA on its own would not ordinarily translate to gains in the industry if issues such as insecurity and oil theft were not tackled.

According to him some oil companies lose between 20 to 50 per cent of crude produced to oil thieves on a monthly basis which is discouraging for investors.

“Government is the only one that can get this issue under control because clearly it will affect what we can get out of PIA,” he said.

“There is need for government to focus on tackling crude theft because it is a big challenge to the industry,” he said.

Idowu said indigenous companies were ready to play more roles in the sector following the divestment of assets by the International Oil Companies (IOCs).

He said that divestment by these companies was not peculiar to Nigeria as they were doing same in other countries due to diversification of portfolio and global energy transition.

Idowu said indigenous companies have the capacity to maximise the opportunities provided by the divestment to up their stake from about 25 per cent oil production to about 70 per cent in the near future.

He, however, called for synergy among Nigerian companies in the oil and gas space to reduce their operating costs.