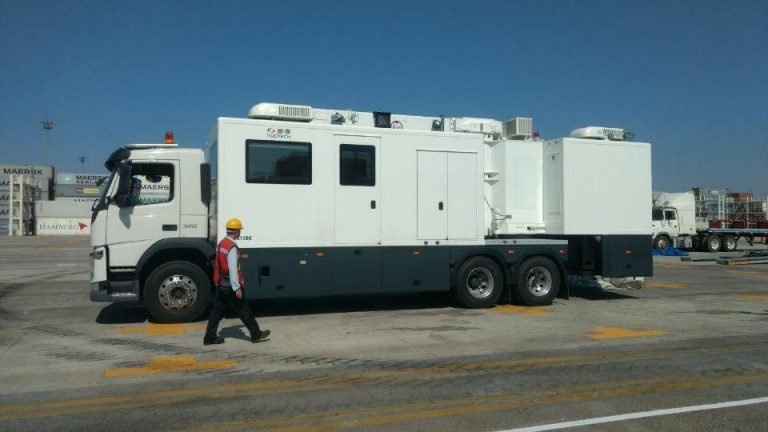 Comptroller Auwal Mohammed, of the command, disclosed this in a statement issued by the command’s Public Relations Officer, Ifeoma Ojekwu, in Port Harcourt on Friday.

Mohammed said the equipment, delivered by the Comptroller General of Customs, retired Col. Hammed Ali, would modernise and improve operations of the command.

“We are elated because the arrival of the scanner marks a positive milestone in the service’s efforts to modernise Customs operations.

“The scanner will also aid our ease of doing business, facilitate trade as well as enhance the detection of prohibited imports.

“Before now, the process involved in physical examination was tortuous and time consuming. So, the scanner will minimise time and give us more perfect result,” he said.

Mohammed said that before the arrival of the equipment, the command was unable to inspect more than 100 containers daily.

According to him, the arrival of the new scanner will enable the personnel to examine about 200 containers daily.

“Also, in the past, examination of cargoes was usually done manually and physically, whereby containers were positioned by the terminal operators.

“The terminal operators provide a gang of labourers, who cut off the (container’s) seal manually, and thereafter discharge manually the contents inside the containers.

“After this, NIS officers and other agencies then come for examination of the goods. This takes time sometimes because of the packing of the goods in the container.

“This is an examination that is done to confirm the declaration made by the agent or importer, to ensure it tallies with the content of the container,” he said.

Mohammed further explained that during inspection, every item was moved out of the container and then back into the container before the exercise was deemed conclusive.

He said the old method was cumbersome and time consuming.

The NIS comptroller said the command had concluded plans to send customs officers in its scanning unit on refresher training, to update their knowledge on the latest technology.

“Going forward, any consignment found during image analysis to contain suspected prohibited items or concealments will be quickly referred for physical examination.

“So, we thank our Comptroller General of Customs, Col. Hammed Ali (rtd.), for his unrelenting drive to modernise the NIS,” he said.