Since1999, May 29 of every year had been added to Nigeria’s list of public holidays, to celebrate the return to democratic rule. And it has been like that, until last year, when the Federal Government changed it to June 12 every year. 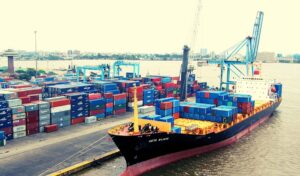 The change from May 29 to June 12 is aimed recognizing the election of late Chief MKO Abiola on June 12, 1993. Recall that the election, which is still adjudged as the freest and fairest in the nation’s history, was eventually annulled by military president; General Ibrahim Babangida.

So, Nigeria has again celebrated what has come to be known as ‘democracy day’. Last week therefore represented an unprecedented 23 years of uninterrupted democracy in Nigeria.

No doubt, democracy has ushered-in new things, it has also engendered reforms in the Nigerian maritime sector; arguably, these have also come with some pains.

Because the maritime sector is one of the strongest pillars upon which the nation’s economy rests, it is natural to expect that the advent of democracy will impact on the sector. And it sure did and it is still impacting.

To appraise the nation’s maritime sector since 1999 will invariably necessitate looking at the local indicators such as: port concession and associated issues, Customs reforms, maritime safety and security and globally, one will need to appraise Nigeria’s status within the comity of maritime nations since the advent of this Republic.

Since 1999, the maritime industry still holds the unenviable records of being the only sector with the highest turn-over of ministers and chief executives of government agencies. Since 1999, the sector has had about nine Ministers of Transport. They include: Dr Mrs Kema Chikwe, Chief Ojo Maduekwe, Dr Abiye Sekibo, Alhaji Habib Aliyu, Prince Okechukwu Emeka, Alhaji Isa Bio, Alhaji Yusuf Suleiman, Senator Idris Umar and lately; Mr Rotimi Amaechi.

This frequent change of guard affects both the Nigerian Ports Authority and Nigerian Maritime Administration and Safety Agency and of course other agencies.

Undoubtedly, the greatest benefit of 23 years of democratic rule is port concession and the nation’s port system. Port concession has transformed the nation’s seaports into a safer and more profitable venture, unlike what obtained in the past. It can be rightly said that, prior to 1999, the Nigerian port system was a haven for all manners of illegalities including: discharge of un-manifested cargoes, under payment of revenues that are due to the government, cargo vandalism and theft, uncontrolled human and vehicular traffic, embarrassingly long cargo dwell time and ship turnaround time, and a host of other vices.

All that is gone, the ports are now better and more profitably operated, even though with complaints from freight forwarders and shippers about high charges. But, port users will agree that port operations in 2022 are a lot better than those of pre-1999. Cargo throughput has soared, turn-around time for vessels has reduced, cargo dwell-time has also improved, while ships of bigger draughts now call at our ports with maximum TEUs.

The nation’s maritime industry has had an influx of foreign defect investments, in the mane of development of green port, especially deep sea ports. Apart from the Lekki Deep Seaport that is likely to commence operations this year, there are about three others at different stages of actualization.

In the line of investments that democracy has ushered-in is the development of dry ports in different parts of the country. Apart from the Kano Inland Dry Port that is already in operation, there are a few others that are also at different stages of completion. Among them is the Dala Inland Dry Port, in Kano which is ready and waiting to be commissioned.

As stated earlier, there is massive investment in the nation’s maritime sector and a lot more players have come in as well.

Significantly, democracy gave the nation’s maritime sector NIMASA and of course, the Cabotage Act, and the Council for the Regulation of Freight Forwarding of Nigeria (CRFFN). Sadly, the intendment of the promoters of these Acts appears to have been defeated as the two interventionist laws have not aided the growth of the sector.

The Cabotage Act has been roundly condemned as failing to meet the objectives for which it was passed. To the extent that the nation’s indigenous ship owners have remained poorer than they were prior to the enactment of Cabotage Act and to the extent that there are now more unemployed seafarers than before, can one safely say that democracy has impacted positively on their lives. No!

Democracy has turned chief executives of government agencies to absentee heads of their various institutions and dignified ‘errand boys’ for their Ministers. They are hardly on ground to attend to issues as they unfold in their respective agencies. They are always in Abuja; either answering questions from their supervisory ministers or as guests of the various committees of both chambers of the National Assembly.

We however acknowledge the comparison that some people have drawn between the military government and democracy. Those who frown at the valuable time that is usually lost when CEOs answer the calls of the various committees at both the Senate and the House of Reps and their supervisory minister and the boards, indeed have a point. The military has no time for the time – consuming ritual called ‘oversight functions’ by the lawmakers and the board meetings.

Read Also:  Do you think the Maritime industry is better of under Democracy than the Military regime?

Certainly, democracy has made the cost of running government agencies to soar as a lot of valuable man-hour is lost as the CEOs shuttle between the commercial capital city of Lagos and political capital -Abuja. The impact of their absence is better felt when serious operational and administrative issues are kept waiting for their attention. The CEOs also have their various boards to attend to.

How can one appraise democracy and the maritime industry without noting the state of the roads leading to the ports and the roles of the various tank farms in the whole saga? It is a fact that prior to 1999, there was no tank farm in Apapa.

Democracy has however brought massive investments into the nation’s maritime sector and a lot more players have come in as well. Democracy also brought freedom (including right of litigations!), enhanced port efficiency, it also made the agencies more people-friendly; it has also made stakeholders bolder to comment on issues and offer workable suggestions to the government.

For as long as the nation still has an army of unemployed and unemployable seafarers, and for as long as the CRFFN remains the way it is and access to the ports still remain the way it is, can one also safely say that Nigerian maritime sector is better-off under democracy? The answer is still yes.

Our faith in democracy remains unwavering, even in the face of seeming unending challenges, and we state unequivocally that the Nigerian maritime sector has fared better under the democratic dispensation. The military curtailed our right to challenge government and its agencies. But democracy gave us our voice and right.

The Ban On Okada And The Apapa Shipping Community: Painful, But Needful