·NDLEA Seizes N120bn worth of hard drugs in 11 Months

The Lagos ports of Apapa and Tincan Island are topping the list of destinations points for illicit drugs; especially tramadol and others as cartels have found a safe haven in the two entry points. 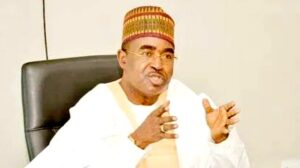 This is even as stakeholders in the nation’s maritime industry have blamed lack of scanners at the nation’s seaports and lack of diplomatic relations with some countries as reasons importers find the Lagos ports as destination for importation of hard drugs.

Detailed investigations by Shipping Position Daily have revealed that a total of three million kilograms of narcotics, with a street value of over N120 billion have been seized so far this year, with the Lagos ports accounting for the majority of the seizures.

In a telephone chat with our correspondent, the Director of Media and Advocacy of NDLEA, Femi Babafemi, confirmed to our correspondent that the agency has seized three Million worth of illegal drugs with street value of over N120 billion from January to November

This is even as he informed that the agency has also arrested 10,355 persons in connection with importation and possession of the contraband drugs, while stating that out of the 10,355, a total of 5,579 persons have been counseled and rehabilitated and over 1000 persons convicted.

He noted that the seizures of the illegal drugs were seized at the nation’s ports, airports, border areas among others

“We are already making substantial progress in our drug supply and drug demand reduction efforts.

“We are convinced that the ongoing War Against Drug Abuse would curb the twin evils of drug abuse and trafficking.’’

Although, he didn’t give the breakdown of the seizures by destination, however checks by our correspondent revealed that majority of the drugs were seized from the Lagos ports and while two cases were recorded at the Onne port in Rivers state.

The breakdown of the seizures and arrests made month-by-month revealed that in January 2021, NDLEA in conjunction with the Nigeria Customs Service (NCS) at a press briefing informed that it impounded 133 containers of unregistered pharmaceutical products, including tramadol in 2020.

Also in February, NDLEA also made another seizure of 40 parcels of cocaine weighing 43.11kilogramme with an estimated street value of over N32 billion at the Tincan Island port.

The illicit drug was put under surveillance by operatives of the Tincan Command of the NDLEA for some days until two clearing agents showed up on February 8, 2021 to clear it.

According to the Commander, Tincan Port Command of the NDLEA, Sumaila Ethan, he said the consignment was brought into Nigeria from Brazil on board a vessel marked MV SPAR SCORPIO.

Also in the same February, NDLEA seized one container of Tramadol at Apapa seaport. The Director Media and Advocacy, Femi Babafemi, said the container had about two million capsules of Tramadol packed inside 554 cartons.

According to the Apapa seaport area commander of NDLEA, Samuel Gadzama, the illegal drugs came in from Kenya

Similarly, in March the agency announced that it had inteligence from its international partners, on the shipment of illicit narcotic to Nigeria from the Middle East, through the Apapa Port.

In the month of May 2021, NDLEA intercepted a container of 4,996,200 tramadol capsules weighing 2,498.2 kilogrammes at the Onne port in Port Harcourt, Rivers state. The container that was destined for Lagos port was diverted to Onne port, even as the agency said that, the container had previously been on its watch list.

In June 2021, NDLEA also intercepted no fewer than 100,000 bottles of codeine syrup with a total weight of 15,325kilograms at the Onne seaport.

The illicit substance, cough syrup with codeine (100mg), packed in 500 cartons and concealed in a container marked MRKU 1565305, bearing imported food masks made in India, was discovered on Thursday, 10th June 2021 in a warehouse at the Onne port complex during a joint examination with officers of the Nigeria Customs Service, State Security Service, National Agency for Food and Drug Administration and Control, among others.

Although there were no recorded seizures in July and August, there was however an upsurge in seizures made at the Lagos ports for the month of September 2021

On September 7, the Chairman NDLEA, retired Brig. Mohamed Buba Marwa, said drugs meant for insurgents worth N6 billion were intercepted by the agency at the Apapa port in Lagos.

Giving details of the seizures while speaking at a media briefing Marwa said loads of Captagon, a brand of Amphetamine, were intercepted by the agency’s operatives while condemning the evil intent of those behind the importation of the illicit substance into the country at a time when the nation is facing some security challenges.

Also, a week later operatives of NDLEA, seized over 24, 311kg of heroin, codeine as well as Arizona and Colorado variants of cannabis in fresh drug busts at the Tincan seaport, Lagos state. The seizure was valued at N5.8bn

In October 14, the Nigerian Navy said that 22 suspects were arrested with 32.9 kg of cocaine seized from a cargo ship which departed from Brazil to Nigeria.

Bashir Mohammed, a Navy Commander, told a news conference that the 22 suspects were arrested on a cargo ship by a joint team led by the Nigerian navy, following an intelligence report from the Interpol.

He said acting on credible intelligence from Interpol, the Nigerian navy commenced tracking of the vessel suspected of attempting to smuggle narcotics into Nigeria he said upon entering Nigerian waters, the vessel was intercepted and escorted to Nigerian Ports Authority where the vessel berthed and was taken into custody by the Nigerian navy

Similarly, in October NDLEA intercepted nearly half a million Amphetamine pills hidden in a machinery coming into a Lagos port. The agency informed that the drugs were from Lebanon with an estimated $11 million, or roughly N6 billion

Just a week ago, NDLEA also informed that it has intercepted fresh consignments of cocaine and heroin weighing 16.85 kilograms and worth more than N4.9 billion in street value at the Apapa Seaport and at the Murtala Muhammed International Airport (MMIA), Lagos.

The agency informed that four persons were being investigated for the 13.65kg cocaine seizures on board a ship, MV Karteria that came into the Apapa Port from Santos, Brazil, on Sunday, Nov. 7, while also informing that the seizure was barely three weeks after 32.9kg of cocaine was intercepted at the port on another vessel, MV Chayanee Naree, also from Santos, Brazil.

Reacting to the huge seizures, the President of African Professionals Freight Forwarders and Logistics of Nigeria (APFFLON) Otunba Frank Ogunojemite noted that lack of scanners at the nation’s seaport is a major reason the seaports is the preferred destination for illicit drugs, while urging the Federal Government to speed up the deliveries of the scanners across the seaports.

On his part, Dr. Eugene Nweke, a former NAGAFF President, blamed the lack of container initiative programme and lack of scanners among others as reason there is influx of illicit drugs through the ports.

He noted that Nigeria is one of the country that does not have container initiative programme, stating that there are so many Nigerians who have gone into drug trafficking and money laundry due to the lacuna in the container initiative programme. He informed that importation of hard drugs is a new order of terrorism, due to the huge population of youths who are unemployed, while also blaming lack of scanners at the ports for the high importation of drugs.