The Federal Government has said the crude oil production in the country declined to an average of 1.6 million barrels per day this year on the back of theft and insecurity, among other factors. 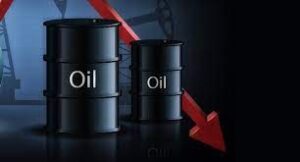 The government, through the Nigeria Upstream Petroleum Regulatory Commission, one of the two new regulators in the nation’s oil and gas industry, said this on Tuesday at the annual conference of the Nigerian Association of Petroleum Explorationists in Lagos.

The Commission Chief Executive, NUPRC, Mr Gbenga Komolafe, noted that crude oil export in the country began at 5,000bpd, culminating in 2.2 million bpd in the ‘90s, while the oil and gas reserves were 25 billion barrels and 166 trillion cubic feet respectively.

He said in the 2020s, enhanced participation of independents and indigenous players began with the extension of exploration and production activities to Benin and Anambra basins.

He said, “Consequently, there was an increase in reserves to about 37 billion barrels (oil and condensate) and over 200TCF of natural gas respectively. This makes Nigeria a big player in the global petroleum industry”

“However, oil production in Nigeria has declined to an average of 1.6 million barrels per day in 2021. This decline in production could be attributed to theft, insecurity, aging facilities, and decline in exploration and production enhancement initiatives.”

According to Komolafe, the NUPRC is committed to addressing these issues to increase reserves to 40 billion barrels and raise our production to three million bpd.

He said the regulator would initiate a public-private partnership involving the security agencies, private operators and other stakeholders to address the challenging issues of crude oil theft, sabotage and pipeline vandalism.

He said, “Collaborative efforts between operators, communities and the deployment of state-of-the-art technology to monitor pipelines in remote areas is on course. Already, as a commission, we have commenced consultation with relevant stakeholders towards the achievement of these objectives.

“A more aggressive policy on routine asset integrity management to cub crude leakages and spills caused by aging facilities will be adopted. An initiative to reduce the cost of production while also benchmarking cost across terrain is ongoing.”

Komolafe noted that the effect of the COVID-19 pandemic on the nation’s crude oil and gas production was evident in the shut-in of oil and gas wells, deferred production, declaration of force majeure, and suspension of projects.

He said, “Without a paradigm shift in our exploration and production value chain, it will be very difficult to keep the industry afloat. More than ever before, the industry is plagued by investor skepticism, high-level competition, climate change and clamor for clean environment.

He said against the challenge posed by energy transition, the regulatory focus of the NUPRC would be targeted towards enabling sustained upstream investments.