The Federal Government has proposed a legislative framework that would stop the Nigeria Customs Service (NCS) from revenue collection, saying the role was a distraction to the service. 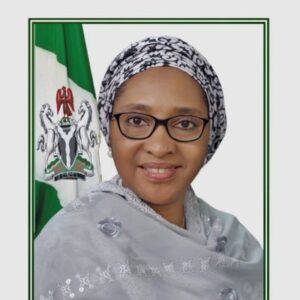 According to the government, the sole responsibility of collecting revenue should be domiciled with the Federal Inland Revenue Service (FIRS) while NCS facilitates trade.

Minister of Finance, Budget and National Planning, Zainab Ahmed, stated this at a one-day public hearing on a bill for an Act to repeal the Customs and Excise Management Act (2004) and the Nigeria Customs Service (establishment) Bill.

The session was organised by the House Committee on Customs. Sponsor of the bill and Chairman of the Committee, Leke Abejide, said the bill sought to rejig the board of customs and excise management with competent and result-oriented technocrats.

Meanwhile, the minister as well as members of the Organised Private Sector (OPS) on Tuesday also expressed opposition against the passage of the bill.

The stakeholders including: Association of Nigerian Licensed Customs Agents (ANLCA), National Association of Government Approved Freight Forwarders (NAGAFF); Mr Lucky Amiwero and others who unanimously expressed their concerns during the public hearing .

The stakeholders who frowned at the overlapping functions among various regulatory agencies described the proposed bill as draconian and any form of overbearing powers that will erode citizens’ human rights.

The Minister of Finance, who was represented by Permanent Secretary of Finance, Aliyu Ahmed while expressing support for the modernization of the legal framework for the administration and management of the Nigeria Customs Service to complement ongoing reforms initiated by the Ministry, however argued that move to create an autonomous Customs regulatory body which is separate from the supervision of the FMFBNP, was not in line with international best practice as Customs Administration in most developed democracies and indeed our peer developing nations is under the supervision of the Treasury, or the Ministry responsible for Finance or economic management, such as United Kingdom, New Zealand, Argentina, Spain, Bolivia, Peru, Venezuela, Ghana and Uganda.

She maintained that in the United States of America, the Customs and Internal Revenue Services had traditionally been part of the Treasury Department, reporting to the Secretary of the Treasury until the terrorist attacks against the United States on September 11, 2001, led to a fundamental repositioning of the Customs Service under the Department of Homeland Security.

“The contemplation of an autonomous Customs Service is in abeyance with extant laws regarding the treasury, supervision of the treasury and all agencies which remit funds to the Federation Account and the Consolidated Revenue Fund. In line with the Finance (Management and Control) Act, FMFBNP is the relevant authority charged with the responsibility of ensuring compliance with the Customs and Excise legislation regarding trade and fiscal policies and where appropriate, applying other relevant provisions applicable to goods subject to such measures.

“The composition of the Board as proposed by the Bill is unwieldy with the inclusion of the Chairman and thirteen other members and the DCGs. Ministries like Aviation, Interior, Transportation and Foreign Affairs need not be represented on the Board. Also, the intention to replace the Minister of Finance, Budget and National Planning as the Chairman of the Board with an appointee of Mr President subject to confirmation by the National Assembly, will limit the supervisory authority of the Federal Government. This is not in alignment with Section 80 of the Constitution of the Federal Republic of Nigeria which creates the Consolidated Revenue Fund and the provisions of Section 4 of the Finance (Management and Control) Act (2004) Laws of the Federation of Nigeria,” she noted.

The Minister also kicked against the move to empower NCS to engage in border enforcement and regulatory activities, saying “this is an infringement on the mandate of the Nigerian Immigration Services (NIS) by virtue of the provisions of the Immigration Act (2004) Laws of the Federation of Nigeria, which empowers the NIS to act to protect Nigeria’s borders. NCS has the mandate to establish customs offices at the borders, but the protection of the nation’s borders is strictly within the purview of NIS and not the NCS as stated in this Bill.

“The Bill seeks to authorize the NCS to make regulations concerning the manufacture of beer, tobacco, carbonated drinks (etc) which is firmly an infringement on the provisions of the Nigeria Factories Act which places the mandate to oversee the manufacturing of certain products in the purview of the Minister of Industries, Trade and Investments and the Minister of Labour.

“At this stage of our development, especially given our peculiar political economy, complete independence from the supervision of the Ministry of Finance, Budget and National Planning are not desirable as it can lead to conflicts in the area of tax policy and revenue administration.

“Accordingly, since the activities of the NCS are directly related to fiscal and trade policies of the nation they should be subject to the direct supervision of the FMFBNP in line with the provisions of the Finance (Management and Control) Act and international best practices.

“The proposed law must be seen to clearly place the Customs Service under the supervision of the Ministry of Finance Budget and National Planning with clear reporting relationship and an unambiguous retention of the NCS original mandate of regulating the influx of goods and collection of revenue from customs and excise levies and fees,” the Minister noted.

In his remarks, the Speaker, House of Representatives, Hon. Femi Gbajabiamila applauded ongoing efforts to overhaul the system of customs and excise in our country and enact a new statutory framework better suited to our current national needs.

He observed that the proposed bill was the product of a coordinated effort by the House of Representatives, working with stakeholders in the sector, to implement a wholesale reform of customs and excise operations in Nigeria.

“This effort is long overdue, and much needed to address existing challenges with customs enforcement, ports efficiency, smuggling prevention, efficient collection and remittance of government revenue and the proper implementation of government fiscal measures. Whether or not we will succeed in these objectives depends largely on the stakeholders gathered here today and the contributions you make to the legislative process.

“The Covid-19 pandemic, which has, amongst other things, led to a significant decline in global demand for fossil fuels coupled with other factors unique to our country, have combined to significantly deplete revenue generation from oil and gas. This reality is a stark manifestation of the ongoing need to diversify our nation’s economy to improve income from non-oil and gas sources.

“It is also evidence of the need to use the instruments of legislative authority to promote policies and enact mandates to encourage investment, enable commercial activity and promote enterprise in the country. Ensuring that the Nigeria Customs Service (NCS) operates optimally in executing its statutory functions without corruption and malfeasance of any sort is essential to achieve these other objectives. And this is what we hope to achieve with the Bill under consideration.”