Says It Will Lead To Anarchy, It’s A Gang-up Against Transport Minister's Directive

The African Association of Professional Freight Forwarders and Logistics in Nigeria (APFFLON) has kicked against alleged gang-up by some freight forwarding associations against the Transport Ministry’s directive to open up the Governing Board elections of the Council for the Regulation of Freight Forwarding in Nigeria (CRFFN) to individuals. 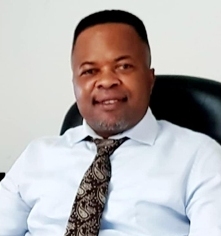 The President of APFFLON, Mr. Frank Ogunojemite, while reacting to a meeting of all registered associations under the CRFFN

At a meeting for all freight forwarders and customs brokers under the aegis of All Freight Forwarders Forum (AFF), practitioners unanimously agreed to the arrangement even as they resolved to ensure only those candidates that emerge from associations are eligible to be voted for in the polls.

However, the APFFLON boss in a press statement issued on Tuesday described the development as a gang-up against the Transportation Minister’s directive on the CRFFN elections.

He asked: “Are they saying people registered as individual members of CRFFN or on the basis of companies should vote or be voted for? The outcome of that meeting yesterday is obviously a gang-up against the initial Ministerial directive to have the positions open to everyone registered with CRFFN either as an individual, a company or an association.”

He argued that if the position of the five CRFFN accredited associations is allowed to hold, it could be the beginning of anarchy in freight forwarding practice in the country.

“The Transport Minister, Department of State Security (DSS), Assistant Inspector-General of Police in-charge of maritime and all maritime stakeholders should be informed of this strategic ploy to hijack CRFFN. These associations have formed a cartel and their agenda isn’t in the interest of the sector as they claim. This would definitely usher in an era of lawlessness in the sector,” he added.

He argued that the freight forwarders who attended the All Freight Forwarders Forum in Apapa, Lagos on Monday, don’t represent the entirety of freight forwarding practitioners in the country, adding that several key members and executives of the five associations also stayed away from the meeting.