Garcinia Kola popularly called Bitter Kola is a bitter traditional fruit common in the West Africa and it is generally considered medicinal with no specified side effects. 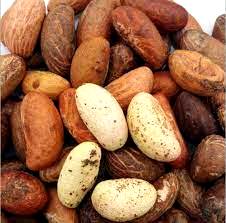 Garcinia Kola belongs to the species of a tropical flowering plant that produces brown nut like seeds. Traditionally, the fruit, seeds, nuts and the bark of the bitter kola plant have been used for centuries for herbal medicine to treat several ailments.

This bitter fruit, which is believed to contain a high source of vitamins and minerals such as Vitamins A, C, E, B1, B2, B3, fiber, calcium, potassium, and iron, also carry other antioxidants and the usage is not limited to traditional activities alone.

Bitter Kola was eaten mostly by the elderly people because of their belief that it could prolong life. Imperatively, researchers in modern science have revealed that bitter kola contains chemical compounds that will help the breakdown of glycogen in the liver and has other medicinal uses which account for its longevity properties in man.

Bitter kola is known as ‘Orogbo’ in Yoruba land, ‘Miji-goro’ in Hausa land and in Igbo land as Akiilu.

History has it that Garcinia kola is a specie of flowering plant in the Clusiaceae or Guttiferae family. It is found in Benin, Cameroon, Republic of Congo, Ivory Coast, Ghana, Gabon, Senegal, Liberia, Sierra Leone and Nigeria. This natural habitat is subtropical or tropical moist lowland forests.

It has been used for centuries in folk medicine to treat ailments from coughs to fever. According to a report from the Center For International Forestry Research, Garcinia kola trade is still important to the indigenous communities and villages in Nigeria.

Owing to this, research was carried out by accredited institutions to find out the possible healing attributes of the bitter kola plant.

It is possible to use bitter kola to improve several medical conditions for a short period. This might work for depressions, fatigue problems, atonic diarrhea, migraine, and other disease conditions.

Bitter Kola tree have been widely used both in medicine and in cosmetology due to their stimulating, astringent, draining, decongestant, antioxidant, anti-inflammatory, vaso-protective, lipolytic and a number of other properties. Health benefits of bitter kola make it a fair alternative for a list of pills and medicines.

Osteoarthritis is the degeneration of joint cartilage and the underlying bone that causes pain and stiffness, especially in the hip, knee, and thumb joints. It is a common form of arthritis.

And according to the National Institute of Health, the causes of Osteoarthritis can include joint injury, obesity, and aging. Research has also shown that bitter kola can reduced inflammation disease and pains. It also increased joint movement in patients that had osteoarthritis symptoms.

Apart from the aforementioned on Osteoarthritis, bitter kola can also repel snakes. It can be used to chase snakes away. For snake prevention you can spread it around the building.

Bitter kola has also been deduced to be a potent antibiotic that could be effective in the treatment of HIV and AIDS due to its antibacterial, detoxification, and cleansing properties

Since the emergence of sexually transmitted diseases, reputable scientists have been battling day and night to bring a permanent solution to the disease.

Although their battle may seem somewhat difficult as a result of the complexity of the diseases, yet results have shown that seed and leaf of bitter kola have antibacterial activity on clinical isolates of Staphylococcus aureus, Escherichia coli, Salmonella typhi and Streptococcus pyrogens.

Bitter kola provides the immune system with all the needed supports in order to protect one from attacks of harmful toxins and effective immune response against strange particles.

This high amount of antioxidants found in bitter kola does not only help fight bacteria and other illnesses; it also helps the body to increase its immunity levels.

And when the immunity level of the body is increased, it becomes strong enough to fight against any foreign contaminant.

With bitter kola impotent is an history because studies have shown that when it comes to the improvement of sexual performance, especially among men, bitter kola is king among all other suggested herbs.

Bitter Kola does not only increase sex drive, it also improves the sexual performance of men who consume it. Research indicate that for the seed to be effective, it is advisable for the seed to be chewed some minutes before the intercourse.

It has also been confirmed that bitter kola helps to increase sperm counts and promote male fertility, which can be useful for those of you out there looking into adding a little one to your family.

Not only that, but bitter kola can actually help to boost libido in men as well. It’s a potent aphrodisiac and studies have shown it can actually temporarily boost testosterone levels.

The fibers and lung tissues are not only strengthened when bitter kola is consumed regularly in a considerate amount, it also stabilises any other counter effect.

In addition, it helps in the maintenance of good respiratory tract as well as treating chest cold. It has a favourably high antioxidant content for a healthy body.

Bitter kola’s benefit to lung properties are attributed to its high antioxidant content. So, if you are a smoker or even a passive smoker, definitely bitter kola is the cure.

Bitter Kola has been revealed to be a natural hunger suppressant and also increases the urge to drink more water. Regular use of bitter kola can help you reduce your weight faster than gym could.

People that are placed on a special diet and wish to lose some weight can add bitter kola nuts to their meals and experience fewer food cravings throughout the day; using nuts as a snack can also help reduce hunger between meals.

Kolaviron is an anti-oxidant and anti-inflammatory phyto-chemical. Kolaviron is a major constituent of garcinia seed which helps in treating malaria. Studies have also shown that chemical constituents in bitter kola have anti-malarial properties.

This is why traditional healers have for many years prescribed bitter kola for the treatment of malaria infections. There are no definite side effects of having this naturally occurring blissful plant. But, anything in excess or wrong proportion may show its evil side.

Therefore, it is advisable to use the seed on some certain occasions, because consumption of bitter kola is found to have some side effects.

To some certain degree it has been proven that bitter kola stem, bark and seeds are used for the treatment of acute fever, inflammation, respiratory tract and throats infections.

Glaucoma, known as eye pressure is a condition of increased pressure within the eyeball, causing a gradual loss of sight. Glaucoma could result in permanent blindness if left untreated.

However, bitter kola has been found to be an amazing remedy for the eye. This is stated according to Lagos State University Teaching Hospital journal, “when bitter kola is eaten, at least twice a day, it could successfully reduce the eye pressure”.

Kola nut functions as a dietary fibre in food as it helps in the prevention and treatments of health conditions that relate to the digestive system which includes but is not limited to bloating, constipation and other conditions that disrupt the bowel movement.

Bitter kola has been found effective in stopping growing of tumours and cancerous disease in human body. Researches show that the presence of a chemical compound known as phytoestrogens in bitter kola is used for cancer treatment and reduce the growth of tumour cells.

Similarly, there is a non-steroidal plant compound contained in kola nut extracts which have the ability to terminate the growth and development of prostate cancer cells in the body.

The caffeine content in bitter kola makes it a good stimulant or psycho-stimulants for the central nervous system; as it helps to improve awareness, mood and elevated mood.

These nuts, specifically bitter kola are regarded as cognitive boosters.

Kola nuts and bitter kola contain bitter chemicals such as caffeine and theobromine which serve as natural diuretics. This implies that the bitter content in these nuts helps to increase water and salt expelled from human body; and some minor sicknesses in the body are flushed out through urine in the process which makes them beneficial to human health.

One of the things bitter kola is commonly abused of is its intake to prevent sleep which is possible because of its rich caffeine content, and when it’s taken regularly and in excess can at a point cause insomnia including other related problems such as stomach irritation, nervousness, restlessness, and more.

This is one of the ancient uses of bitter kola which extend till the recent times. These nuts have been found to be medicinal since the olden days as natural remedy for chest cold. Bitter kola help to enlarge the alveolar sac and duct thereby providing relief for chest cold and prevent the symptoms of cold.

The presence of caffeine in bitter kola also contribute to this effect but always consult the doctor before using this therapy because excess caffeine can cause adverse reactions.

Bitter kola isn’t just useful for treating malaria. It can also be effective for individuals who have type 2 diabetes as a means of keeping their blood glucose levels stable.

Studies have found that the seeds from the plant are capable of reducing elevated blood glucose levels. This makes it ideal for both treatment of type 2 diabetes as well as for any complications that can arise from the condition.

In addition to that, studies performed on rats that had type 1 diabetes found that bitter kola could actually prevent the cognitive and motor dysfunction that is typically associated with the disease.

Side effects of bitter kola!!!

Consumption of bitter kola nuts is completely safe. I personally haven’t experienced any sort of side effects or anything like that with eating bitter kola. As with any form of natural supplement or remedy however, you should definitely consult with your family doctor before use.

With that being said, there have been reports of certain side effects that can occur due to bitter kola usage. As bitter kola does contain caffeine and can affect the central nervous system, most of the negative effects are felt by individuals who are sensitive to caffeine in general.

The most common side effects associated with bitter kola include:

If you experience symptoms such as hives or any other sign of an allergic reaction, you should immediately stop taking bitter kola and consult your doctor.