The Nigerian Association of Road Transport Owners (NARTO) has called for an upward review of the freight rate for Premium Motor Spirit (PMS) due to the high cost of diesel in the country. 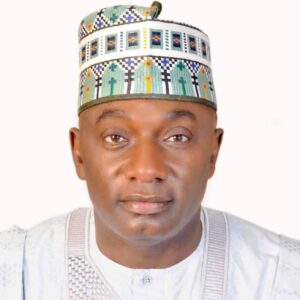 NARTO is also asking for access to foreign exchange at official rates for its members for procurement of spare parts for their vehicles to ensure safety and stability in the distribution of petroleum products across Nigeria.

NARTO’s President, Alhaji Yusuf Othman, made this known in an interview on Thursday in Lagos.

Othman said NARTO members were barely surviving as the price of diesel had continued to increase following the ongoing conflict between Russia and Ukraine.

He said: “Government has to do something urgently about the situation. It is affecting our operations adversely.

“That is even less than the cost of the diesel. You have to pay the loading fees, the driver allowance and other costs.

“What we are paid is by far lesser than our expenditure so, how can you cope?

“You cannot survive and some of our members have already parked their trucks and many others will soon join them.”

Read Also:  NAGAFF Coordinator Of Compliance Should be Investigated – Ofobike

Othman said the current transport template payable under the N165 per litre petrol pump price was no longer sustainable despite government’s decision to continue subsidy on PMS.

He said apart from depriving the nation of huge funds that could be deployed to other critical areas, it was also encouraging smuggling of petrol across the border to neighbouring countries.

“We believe it is best to fix the price by ourselves but we cannot do that because the pump price remains N165 officially.

“We know the government is doing its best because this problem is not related only to Nigeria.

“The Pipelines and Products Marketing Company is giving us some diesel as palliative at a discounted rate. The marketers too are giving us but for how long can this continue?

“Businesses cannot be sustained on subsidy or palliatives. Businesses should be allowed to run according to market forces.

“The way forward is for government to allow the Petroleum Industry Act to perform maximally to its full potential which include the removal of subsidy on PMS.

“That is the only option because they cannot continue to sustain it”, Othman said.