Years after 693 power equipment containers were released to the Transmission Company of Nigeria (TCN), another batch of containers belonging to both the TCN and the Niger Delta Power Holding Company (NDPHC) have again been trapped at the port in Lagos. 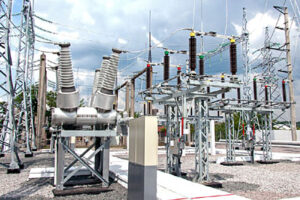 Although, it was difficult to ascertain the number of containers that are affected this time around, our correspondent confirmed that the situation has been waded into by the Nigerian Shippers’ Council which actually met with representatives of the two government agencies last week.

Sources at the meeting hinted that, both TCN and NDPHC confirmed that their containers loaded with power equipment have been in the custody of some shipping companies and terminal operators since 2019.

Our source hinted that, NDPHC alone has 69 of the trapped containers currently in the custody MSC Shipping company.

But, both NPDHC and TCN lamented that, even though the containers came into Lagos port in 2019, and payments were made in December of the same year, the outbreak of COVID-19 and the nation-wide lockdown in the early part of 2020 made it impossible to clear the containers and release them from the custody of the shipping agent and the terminal operator.

They acknowledged that, the fact that the containers have been trapped for so long, also meant that they would have accumulated rents and demurrage. They claimed to have been granted some concessions by the shipping company and the terminal operator.

The representatives of both TCN and NDPHC pleaded with the Shippers Council to prevail on the shipping companies and the terminal operators to avail them of waivers. They also pleaded with the Executive Secretary of the Nigerian Shippers Council; Mr Hassan Bello who presided over the meeting to further plead that the consignments be released and that the Council should stand as a guarantor pending when necessary payments will be made.

Sources at the meeting confirmed that the Shippers Council boss directed that another meeting should be called, to see whether the terminal operator and the shipping company would accept the guaranty to be provided by Shippers Council

“Let us see what we can do, my aim is to clear the cargo while negotiating, so that we can say that, today, we don’t have a single container of power sector”, he said.

He also stressed that special recognition should be given to sectors like the power.

He however expressed worry about continue cases of abandonment of containers in the ports, saying that the Council receives several complaints about containers that have been abandoned since 2017.

“They are accruing demurrage and occupying space at the terminals, this is causing congestion at the terminals”, he lamented and added that such containers are liable for auction by the Nigeria Customs Service.

Shipping Position Daily recalls that, in 2018 the Transmission Company of Nigeria was able to reclaim a total of 693 containers of power equipment abandoned at ports due to non-payment of tariff.

The containers were secured after being abandoned in the ports for about 15 years.