Contrary to earlier worries that officials of the Federal Competition and Consumer Protection Commission (FCCPC) forcefully invaded the premises of at least five shipping lines in Lagos last week, Shipping Position Daily can confirm that the agency had got the nod of the Federal High Court in Ikoyi to raid the premises of the companies. 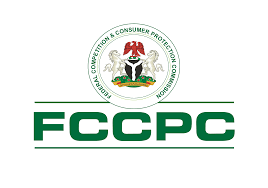 Even though two workers’ unions in the maritime industry had raised alarm about the invasion, a court order that was granted the commission the permission to invade the premises, was exclusively obtained by our correspondent last week.

In the order, the Federal High Court Ikoyi, had authorized the FCCPC and its officials “to enter and search any place, office, premises or facilities at the five shipping companies and to use any measures as maybe necessary for gaining entry and for opening any item, article, storage, devices whatsoever including physical files or other methods of storage relevant to any investigation into potential violations of the Federal Competition and Consumer Protection Act 2018”.

On the strength of the invasion, palpable fear has gripped the remaining shipping lines operating. Personnel of some of the embattled shipping lines who were spoken with by our correspondents last week, acknowledged the anxiety. Those who spoke also denied knowledge of any infraction that may have warranted the invasion.

The Maritime Workers Union of Nigeria (MWUN) and the Senior Staff Association of Shipping, Clearing and Forwarding Agencies (SSASCFA) had condemned the invasion, this is even as management of the shipping lines have claimed ignorance of why the FCCPC invaded their offices and collected their phones and other gadgets.

However, investigation by Shipping Position Daily has revealed that the invasion of the premises may have been as a result of various petitions written by clearing agents to the Consumer Protection Commission owing to the depletion of container deposit refunds, alleged extortion of importers, illegal transfer of containers against the wish, consent of the consignee, among other things.

Sources who pleaded anonymity in some of the affected shipping companies hinted that, their travails may have been as a result of a petition written to all the shipping companies by the National Coordinator of the 100% Compliance Team of the National Association of Government Approved Freight Forwarders (NAGAFF) Mr, Ibrahim Tanko last week.

Tanko had threatened that its members may be forced to withdraw their services owing to alleged extortion by the shipping companies.

Tanko had said that the letter served as a notification ahead of their plan to withdraw their services if the bottlenecks were not addressed.

He listed some of the complaints against the shipping companies as: depletion of container deposit refunds, undue debits on equipment detention which brings the customs brokers into collision course with their transporters and principals.

He had stated the shipping companies engage in unnecessary extortion of transporters for up to N150,000 before dropping empty containers which are then passed back to agents before returning the container cards.

Tanko had also noted that as a result of their negligence or lack of capacity, the shipping companies foist on clearing agents undue equipment detention charges ranging from N200,000 per a 40ft and N100,000 per 20ft containers.

Confirming that the invasion by the consumer protection council may have been as a result of petitions written by clearing agents and importers, the Director of Consumers Affairs at the Nigeria Shippers’ Council (NSC); Chief Cajetan Agu told our correspondent that although the Council was not officially informed about the visit of the FCCPC, he however said the council was ‘morally’ informed.

He added that, “somebody must have petitioned against those shipping companies, because there is no way the FCCPC will just wake up and say they want to start going there, so if a consumer petitions the commission regarding unfair treatment as regards services delivered, they (FCCPC) are bound to intervene; remember they are operating under the law”.

Meanwhile the President General of the Senior Staff Association of Shipping, Clearing and Forwarding Agencies (SSASCFA); Comrade Harrison Ugochukwu Asonye, in a communiqué issued after an emergency meeting held over the weekend demanded immediate return of all companies’ properties that were seized by the commission without further delay.

The union also said the statements that were written by members of staff on oath and under duress should be withdrawn with immediate effect while also stating that any liability incurred as a result of the invasion relating to man-hour loss will be the responsibility of FCCPC.

He asserted that individual phones seized, copied and mirrored under duress is against the law of data protection and should be returned with immediate effect and any liability arising from such action must be referred to the commission.

He said the commission must take responsibilities of all mental, emotional physical and psychological trauma suffered by its members as a result of the forceful militarized invasion by the commission, while also demanding apologies for the alleged barbaric action of the commission.

While calling on the Trade Union Congress of Nigeria (TUC), Civil Society Groups and all the relevant agencies, non-governmental / human rights activists to rise in defence of the alleged abuse and violation by the commission to the shipping companies’ workers.

Furthermore, “we respectfully demand from the Federal Government of Nigeria, the role of the Federal Competition and Consumer Protection Commission (FCCPC)”.

“In conclusion, if this barbaric and uncivilized action by the Federal Competition and Consumer Protection Commission (FCCPC) repeats again, we will be pushed to the wall and we may not guarantee industrial peace at the nation’s seaports and its environment”, the communique warned.