Ahead of the commencement of commercial port operations, the shareholders of Lekki Port LFTZ Enterprise Limited, including promoters of Lekki Deep Seaport, have approved the construction of a truck park close to the gate of the port. 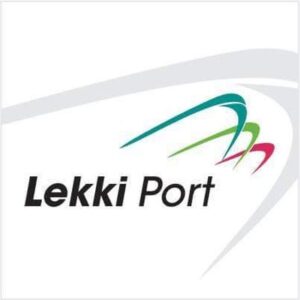 In statement made available to our correspondent, the management of the port said the unanimous decision took place during the company’s Extraordinary General Meeting which took place on Monday, December 12.

The statement stated that shortly after the meeting, the Managing Director of the company, Mr. Du Ruogang who presented the issue to the shareholders for approval, explained that the truck park was necessary for the efficient and effective operations of the container terminal.

Ruogang added that the truck park will have an initial 153 truck parking slots, together with a security booth, offices and a waiting area.

According to the statement, to ensure optimal proximity, the truck park will be located at the north boundary of Lekki Port, to prevent unnecessary queues at the port’s gate when commercial operations begin next year.

On his part, the Chief Operating Officer of the company, Mr. Laurence Smith noted that construction of the truck park would go a long way to reduce the chaotic traffic associated with existing ports and avoid indiscriminate parking of trucks on the access road to the port. To support the truck park, Lekki Freeport Terminal will operate a vehicle booking system, which is widely used at all the major container terminals globally.

This will ensure that trucks are called via a booking system and will prevent ad-hoc alleys that will congest the local road system.

“Once the truck park is constructed, one can rest assured that the challenges associated with loss of person-hours in traffic congestion and delays in port operations will be minimised. We are doing everything possible to ensure that there is ease in cargo movement out of Lekki Port.

The objective is to ensure that gridlock does not become associated with Lekki Port within the Lekki axis”, he said.