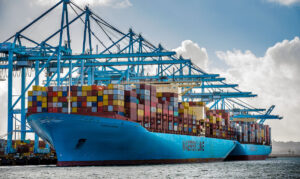 In a recent circular to members, the International Group of P&I Clubs, representing 90% of all ocean-going tonnage, said such cargoes are of increasing concern due to a phased restart of iron mines in the region and a lack of regulatory oversight. Specifically, vessels loading cargoes from Sierra Leone’s port of Pepei are of particular concern.

The International Group said it has learned of some cargoes of iron ore fines intended for shipment from the port being been stockpiled outdoors, uncovered, for extended periods of time during the wet season, a practice that poses a particular risk of liquefaction to the cargoes. It also understands that some cargoes intended for shipment from Pepei have previously been considered too low grade for export and are now being blended with high grade materials.

“Club Members should be aware that iron ore fines shipped from Pepel with a high moisture content may liquefy,” the International Group said.

Liquefaction of mineral ore cargoes due to high moisture content has long been flagged as a major concern for dry bulk carriers and their crews. In fact, cargo liquefaction and failure/shifting is the single most deadly issue facing the dry bulk shipping sector, according to the International Association of Dry Cargo Shipowners (INTERCARGO). Liquefaction is known to cause cargoes to shift at a moments notice, capsizing and sinking ships before crews have time to react.

Among the 39 total losses suffered by bulk carriers from 2010 to 2019, eight have been attributed to cargo failure leading to 106 lives lost, representing over 61 percent of deaths in the sector, according to INTERCARGO’s Bulk Carrier Casualty Report published in May 2020. That being said, however, loadings from Sierra Leone have not traditionally been a major cause for concern, considering the vast majority of deadly incidents stem from Malaysia and Indonesia cargoes.

Going back to the International Group’s warning, the Group is also informing its members that they should be aware of anomalies and inconsistencies that have been seen in declarations and test certificates provided by shippers for iron ore fines cargoes loaded for shipment from Pepel, suggesting that some shippers are not adequately assessing or understanding the safety characteristics of the material intended for loading.

“It is essential therefore that Club Members loading iron ore fine cargoes from Pepel, Sierra Leone obtain current, valid and accurate information from the shipper on the physical and chemical properties of the cargo presented for shipment,” the International Group said. “It is the shipper’s responsibility to ensure that the requirements and procedures for testing and analyzing the moisture content and transportable moisture limit of cargoes which may liquefy are complied with.”

The International Group advises ship Masters to refer to obligations under the IMSBC Code before loading mineral ore cargoes, as well as previous circulars from the Group.

The International Group is comprised of thirteen P&I Clubs covering approximately 90% of the world’s ocean-going tonnage with marine liability insurance.