The Industrial Arbitration Panel (IAP) has ordered Onne, Rivers state-based port terminal operators; INTELS to pay the entitlement of more than 624 members of the Maritime Workers Union of Nigeria (MWUN), who were sacked between late 2020 and early 2021. 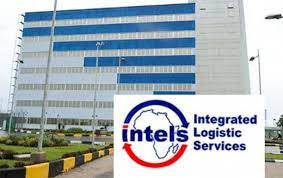 The IAP ruling was communicated to the MWUN via a letter dated September 13, 2021, signed by Mrs O .U Akpan, Director, Trade Union Services and Industrial Relations, on behalf of the Minister of Labour and Employment, Dr. Chris Ngige.

The Minister had constituted the IAP to look into the trade dispute between the Maritime Workers Union of Nigeria (MWUN) and the Management of Messrs Intels Nig. Ltd/ Associated Maritime Services (AMS)

Confirming the IAP’s ruling in a statement on Tuesday, the President General, of the union; Comrade Adewale Adeyanju said “after a protracted battle, we are pleased to inform you that IAP has ruled in the favour of the Union”.

The IAP had noted that Payment of extra gratuity in the industry had existed for long, and 2nd party usually paid in previous redundancies based on tripartite negotiated agreement by 1st 2nd and 3rd parties, and wondered why INTELS negated this in this case of the sacked workers.

According to the IAP, “The mode of calculation of extra gratuity to be paid by the 2nd party through the third party shall be:

a. N300, 000.00 (three hundred thousand naira) for each completed year of service to redundant workers who have completed five (5) years of service and above; forthwith

b. N1, 500,000 (one million five hundred thousand naira) lump – sum to redundant staff/workers who have completed 1-4 years of service; forthwith. ;

C. Redundant workers with less than one year, but have spent a minimum of six months in service shall be paid on prorated basis, forthwith.

Specifically, the IAP also ruled that, “the contractual relationship between the 2nd and 3rd parties still subsist in all matters relating to, and concerning this Award in the proceedings. |

The practice where an employer obtains a restraining order against strike by its workers and proceeds, during the subsistence of the restraining order, to declare the restrained workers redundant and terminated is nothing but an unfair labour practice. The 2nd and 3rd parties thus in the conduct of redundancy exercises of 2nd April, 2021, and 15th June, 2021 engaged in unfair labour practice.”