The Maritime Workers Union of Nigeria (MWUN) has condemned alleged molestation of its members by heavily-armed security operatives who escorted the Federal Committee on Consumer Protection who reportedly invaded shipping companies where members of the union works. 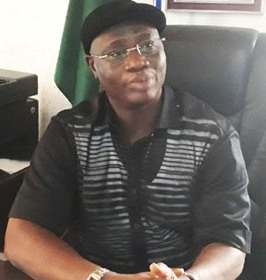 In a statement signed by the President General, Comrade Adewale Adeyanju in Lagos on Monday, the union said agents from the Federal Committee invaded the work premises of its members in Cosco Shipping, Hullblyth, CMA/CGM, Cansal and Hapad Llyod and proceeded to unleash mayhem on innocent members of the union who work in the shipping firms.

While calling for an investigation into the invasion, the union warned that should such invasion of its members’ workplaces continue without due process; it will have no option but to withdraw its services.

“Note, that should this kind of invasion our members work places continue without due process, the Union will have no option but withdraw the services of its members.” The union warned.

The union however noted that it was not against government agencies doing their work, but said laid down procedures should be followed.

The MWUN PG said that the invasion of the premises of the five shipping companies occurred on Monday.

“We have been informed that agents from the Federal Committee of Competition and Consumer Protection escorted by heavily armed police men and army personnel invaded the work premises of our members in COSCO Shipping, HULLBLYTH, CMA/CGM, CANSAL and HAPAD LYOD and proceeded to unleash mayhem on innocent working members of the union.

“They seized their personal phones without any justification and held them hostage against their will and refused them movement outside their various offices”, the union noted.

“While we are not against Government agencies doing their work, we believe that laid down procedures should be followed.

“Our enquiries at the Nigerian Shippers Council which is the regulating agency for all shipping companies indicate that they were not informed nor aware of this invasion of our members’ work places.

“Secondly, we do not also believe that any category of workers should be subjected to this inhuman treatment without just cause or prior information.

“Finally, we ask that this invasion of our work places and the keeping our members hostage be immediately discontinued and investigated by appropriate authority for the sake industrial harmony in the ports”, the statement added.