Five travellers were kidnapped when suspected pirates attacked a passenger boat along the Bonny-Onne waterways in Rivers State. 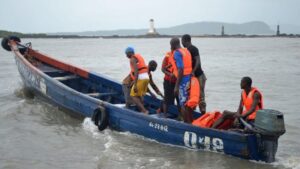 Although it was not clear if the boat was coming to Port Harcourt when the gunmen waylaid it, a top official of the Maritime Workers Union of Nigeria confirmed the incident.

The Chairman, MWUN, Bonny unit, Henry Jumbo, while reacting to the incident, said he received a distress call concerning the attack on the passenger boat.

Jumbo said the boat had 18 passengers on board when the incident occurred, adding that five of the travellers were whisked away to an unknown destination by the pirates.

He added that the remaining passengers were rescued by a search team and brought to shore, even as he said the repeated attacks on the waterways were worrisome.

Jumbo stated, “I received information that one of our boats was attacked and the pirates made away with about five passengers.

“This morning, we went with a search team and we got the remaining people. We are begging the government to come to our aid, because the sea route for now is not safe for the remaining passengers.

“We are suffering. This is a big challenge for us.”

The official added that the kidnappers had yet to make contact with the union.

Jumbo also appealed to security agencies, especially the marine police, to deploy operatives along the Bonny-Onne sea route and the seaport in the area.

The spokesman for the Rivers State Police Command, Nnamdi Omoni, could not be reached as he neither took his calls nor replied to a text message sent to his mobile phone by our correspondent as of the time of filing this report.