Nigeria’s ability to increase its crude oil production dropped by 37 per cent in less than three years, according to industry statistics. 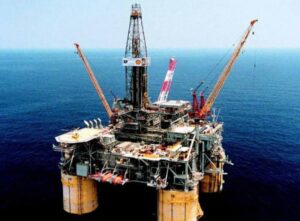 Data from the Organisation of the Petroleum Exporting Countries’ September 2022 Monthly Oil Market Report revealed that the country’s oil rig count dropped to 10 in August 2022, from 16 recorded in 2019.

An oil rig is a large structure with facilities to extract and process petroleum and natural gas that lie in rock formations beneath the seabed.

A breakdown on how the decrease occurred revealed that as of 2019, Nigeria’s rig count was 16. It dropped to 11 in 2020, and further decreased to seven as of fourth quarter 2021.

Further checks on the OPEC report showed that the rig counts of other member nations of the organisation such as Algeria, Iran, Iraq, Kuwait, Saudi Arabia and UAE were 33, 117, 54, 27, 68 and 50 respectively.

This was as the United States oil rig count rose by four to 763 in the week to September 16, its highest since August, energy services firm Baker Hughes Co said. This, it said, puts the total rig count up to 251, or 49 per cent over this time last year.

OPEC had said demand for its crude in 2023 remained unchanged from the previous MOMR to stand at 29.8 million barrels per day, which is around 0.9 mb/d higher than what was recorded in 2022.

The country’s crude grade, Bonny Light, also dropped by 10 per cent within the space of one month (July-August). Bonny Light which was sold for $117/b in July dropped to $106/b in August.