Oil production may suffer another decline of 22,000 barrels of oil per day, as employees of Addax Petroleum Development Nigeria have embarked on strike over alleged anti-labour practices. 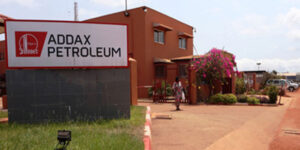 An oil firm owned by China’s Sinopec Group, Addax has four Oil Mining Licenses, OML 123, 124, 126, and 137, operating the assets in a Production Sharing Contract (PSC) with the Nigerian National Petroleum Corporation (NNPC) before its transformation to a limited liability company.

The company has about 324 Nigerian employees, including 141 permanent staff and 183 contract employees.

According to the striking workers, who are members of the Petroleum and Natural Gas Senior Staff Association of Nigeria (PENGASSAN), Addax management refused to engage them on labour related issues after the announcement of the revocation of its licenses by the Federal Government.

The workers threatened to shut all the company’s operations including oil wells, valves crude lifting, and export terminals operated by Addax if the company refuses to engage them, saying that all attempts to get the Management to the negotiation table failed as it ignored them.

“Addax Management has so far rebuffed our call for the execution of the financial exit settlement and other employees related issues,” the Association said.

Senior Assistant General Secretary, Lagos Zone PENGASSAN, Comrade Babatunde Oke confirmed that the strike was embarked upon by our members due to the Management’s refusal to engage the Association on the financial settlement earlier agreed on.

The striking workers claimed that the Federal Government has done everything possible through the National Petroleum Investment Management Services (NAPIMS) to ensure issues are settled amicably but Addax Management is frustrating every move by NAPIMS and other stakeholders to resolve the issue.

Addax has been enmeshed in revocation of licenses by the then Department of Petroleum Resources (DPR) since March 2021.

The regulatory agency claimed that the licenses were revoked due to the refusal of Addax Petroleum to fully develop the affected assets, alleging that this action has robbed the government of revenue that could have been generated from assets.

The Nigeria Upstream Petroleum Regulatory Commission, claimed that the average reserve profile of the assets showed that oil reserves have remained essentially flat, as Addax never made to grow the reserves, adding that crude oil in all three producing assets had been declining over the years due to inadequate investment by the company.

It stated that the entire OML 137 holds about five trillion cubic metres in two key reserves, but the company failed to develop this asset in line with the government’s gas revolution policy, describing this as “economic sabotage.”

The revocation was recently confirmed by the current Chief Executive Officer of NUPRC, Engineer Gbenga Komolafe, who reiterated that Addax refused to renew its licenses and therefore those licenses stand revoked.